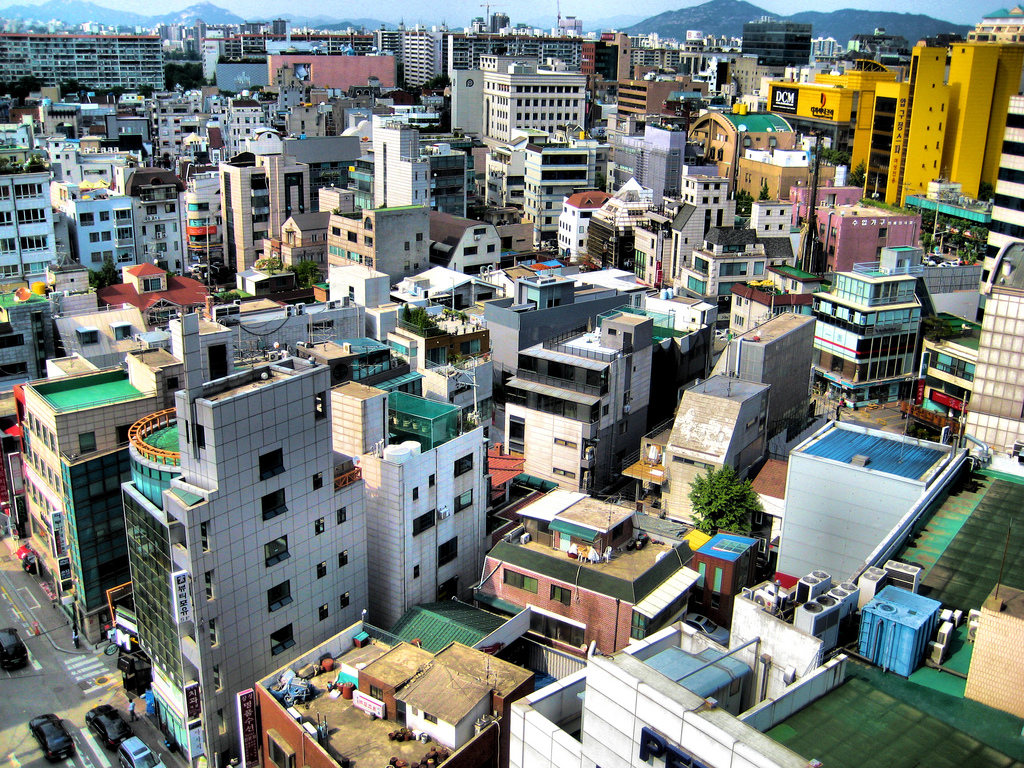 Ideally located between China and Japan, South Korea is well situated to handle trade and export to countries in the Asia Pacific region. It boasts a high smartphone penetration rate and its capital, Seoul, is one of the most connected cities in the world, with Internet speeds averaging 14 Mbps and free Wi-fi available throughout the entire city – subway stations, buses, public buildings, streets are all covered. South Korea is an ideal destination for businesses in industries such as export, construction and technology. Here are a few cultural tips to keep in mind when doing businesses in South Korea.

The general rule to remember in Korea is “age, hierarchy and status matters in all situations”. Confucian ethics still remain in modern Korea, permeating all aspects in life, especially for older Koreans. These ideals apply to businesses too, and are pronounced in Chaebol groups (Korean conglomerates that are family-controlled).

Balance the seniority of people on both sides

Ask ahead of time to confirm the titles and seniority of the Korean representatives and arrange people of similar ranking to attend the meeting. Koreans are likely to be affronted if an assistant manager is sent out to greet the CEO of a big Korean corporate group as it shows disrespect and a disregard of seniority. For meetings with high-ranking officials on both sides, it is good to arrange for someone (a secretary) to introduce you. Although it is common for women these days to hold high positions, it is still not a common practice in South Korea and hence it may be good to balance the gender representations.

Be well dressed at all times

Koreans are huge on appearance and they believe that showing their best in all situations is a respect to the other party as well as an indicator of your own status and standing. Dressing up is always the safer option, even though it might be just a casual lunch or party.

Korean companies have a complex hierarchy of roles and it is good to remember the titles of the Korean delegates that you are meeting. Although the use of English in business meetings negate the need to address them specifically by their job titles (Mr Kim as opposed to Section Leader Kim in Korean), knowing the hierarchy can help you navigate your way around in meetings and know who to approach. 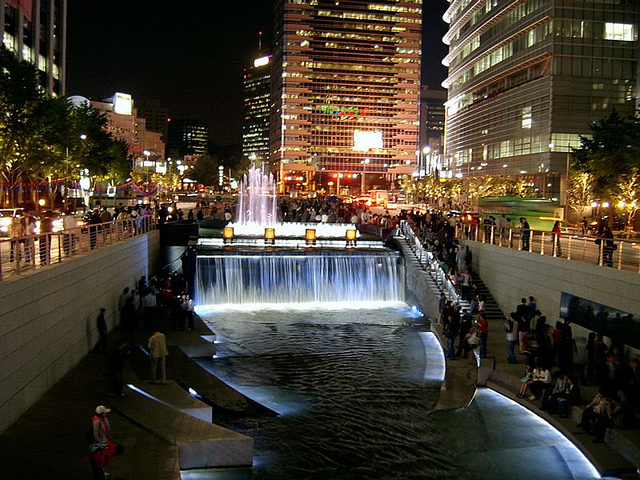 Overtime, known as ya-geun, is a concept familiar to all Koreans and it is almost an innate idea to them. If something needs to get done, Koreans are perfectly willing to stay beyond normal hours and working overnight is not unheard of. Some employees even avoid leaving earlier than their bosses to leave a good impression. If you are collaborating with Koreans on a project, it is good to know that they may expect the same working attitude from you. Saying “no” to additional tasks because it’s time to knock off leaves a bad impression and I have seen working relationships sour because both sides cannot agree on “how to work”.

Connections and personal relationships are the basis of trust

Connections, also known as in-maek, builds the basis of all personal and business relationships. Every Korean belongs to a complex set of social groups and these can range from general groups like “Graduates from Seoul National University” to specific groups like “Members of XX Golf Club”. Universities groups tend to stay with Koreans for life and have a far-ranging influence in their lives. There is a huge emphasis on the senior-junior (sunbae-hoobae) relationships in universities and alumni often help out their juniors and tend to view them more favorably compared to outsiders. Hence, you may see Korean companies choosing to hire a hoobae as opposed to an outsider (given that they have similar qualifications) and establishing long-term working relationships with suppliers, partners etc that they are familiar with.

It is thus important to build friendly business and personal relationships with Korean companies over time and to respect the connections / social groups innate in the society.

Personal questions show that they are interested in you

Having an impersonal business relationship may be your style, but it doesn’t work well in South Korea. Koreans are fond of asking personal questions, which sometimes may come across as intrusive or bordering on invading your privacy, but this means that they are interested in you and this is a good sign. If you are of a more junior role compared to the Korean counterpart, expect even more questions. Questions can range from age (this is a way to establish the hierarchy too, together with job title), your family background, education, marital/relationship status, hobbies etc. Basically everything under the sun.

Bring a PC laptop, in addition to your Mac

Apple lovers may be wise to leave their Macbooks (unless you have parallel desktop installed) at home, as South Korea is the country of IE and Windows. Almost every website (government, banking, services) require you to download all sorts of plug-ins and the infamous Active X control has frustrated many expats and foreigners. 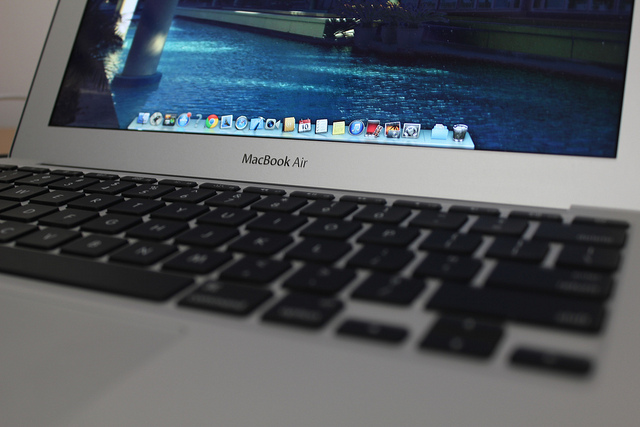 Company dinners, known as hoei-sik, are common and serve as an avenue for team-bonding, as well as other occasions such as to celebrate a good job done. Company dinners are not formal, year-end dinners in hotels as those in Western countries know it, but rather commonplace dinners in Korean restaurants (usually BBQ). Team dinners, department dinners, company dinners, dinners with business partners and suppliers are common and I have seen departments that dine out up to 2 – 3 times a month. Koreans are very hospitable and you are likely to find yourself being invited to one of those dinners. Depending on your job title (a manager, a director, a CEO etc), the type of dinners that you get invited to vary slightly, but they have one common denominator – alcohol.

You need to be able to hold your liquor

The complex drinking culture in Korea deserves a post on its own as it is one of the best ways of bonding in Korea. You are not required to be able to down shot after shot, but you have to be able to remain coherent after a few glasses of beer. Beer and soju (a type of clear, distilled alcohol) are the most common alcohol types, although Western liquors are popular for the wealthy and senior ranking people. It is basic courtesy to hold glasses with both hands when receiving a drink or the bottle with both hands when pouring one. For small soju glasses, it is common for males to hold it with their right hand, with their left hand touching the right wrist. 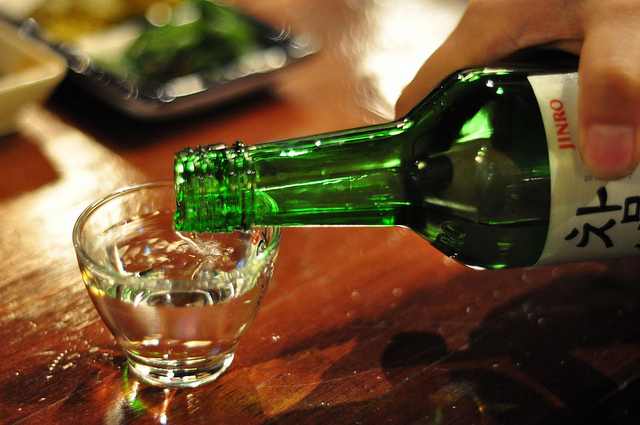 Koreans do not like to pour their own drinks and neither do they expect you to do so. It is likely that they will start pouring you a drink and Koreans appreciate it if you can take the bottle from them and reciprocate the action. Be mindful and never leave a glass empty – you only need to do so for similar ranking / higher ranking people. When you notice that their glass is empty, offer to pour them another drink. It is common manners to accept at least one – two drinks before politely declining them. Males are expected to able to drink and it puts down the mood or offends the other party if you decline from the start.

Some Koreans like to offer you a drink with their glass and this is a show of friendliness. Take their glass politely and accept the drink.

The second and third round

Although Koreans are unlikely to suggest a second round during the first meeting or dinner, you may find yourself invited to more “rounds” in a long-term working relationship. Lunches/Dinners do not usually end then, but it is common to go to cafes for coffee after lunch and a pub/noraebang (Karaoke box)/another restaurant/cafe etc for another 1 – 2 rounds. This is known as yi-cha (second round) and sam-cha (third round) in Korea. This practice is not restricted to business meetings but is pervasive in meetings with friends, family etc.

Last but not not least, dutch-pay is not common in South Korea, especially among the older generation. It is likely that being a foreign guest or business partner, Koreans will pay for most formal lunches or dinners. However, it is also common for one person to pay for lunch and the other person pay for coffee or the next lunch.

Find more tips for other countries on this website.