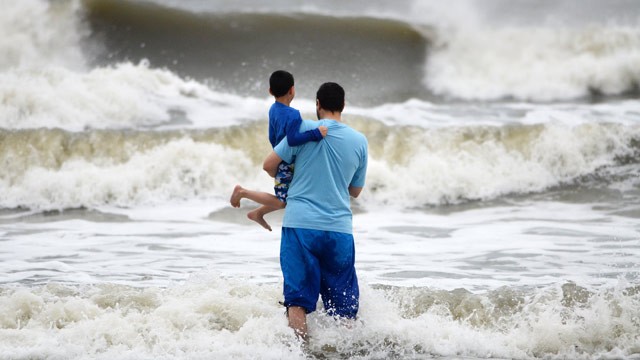 Hurricane Sandy swept over 800 miles of the US border, stretching from the Atlantic Ocean to the Great Lakes in the Mid-West, leaving a trail of destruction in her path.

New York’s industry, infrastructure, and transport, have suffered greatly – not to mention the disruption and devastation of civilian life, Sandy claiming 40+ lives.

Recovering from storms of such scale are certainly not immediate, but take time and perseverance, demonstrated by the aftermath of Hurricane Katrina in 2005 and Andrew in 1992 – the two costliest natural disasters in the US, estimated losses of $146 billion and $44 billion.

Using Katrina as a case study, Mike Highfield, an associate professor of finance and head of Mississippi State University’s Department of Finance and Economics, said, “in the short run, it can be very painful. In the long run, it may be somewhat of an economic shot, but it will take several, several months. In the meantime, there is a lot of agony and sadness from a human point of view”.

The economic effects of Katrina may be more lasting than those generally following storms, due to the severity of damage on many of the nation’s major trade hubs, coupled with the geographical location of New Orleans. However, storms generally result in a drop in retail spending, home buying, big business productivity and small-business scales. More positively, as repairs proceed, utility and shore improvement will aid in construction employment and reconstruction may create an opportunity to usher in new and updated technologies.

New York, victim of Sandy, is home to approximately one million companies, ranging in size and specialization. And so, whilst the impact of Sandy varies, all the city’s businesses are faced with billions of dollars in damages and loss of sales.

Uninsured, small businesses will suffer the greatest impact from the storm, and in today’s economic climate, small businesses have little to rely on but insurance, acting as a safety net in times of unpredictable and unforeseen circumstances.

Teddy Papaioannou, co-owner of Starlight Diner, reports they was eager to re-open stating “closing for three days would ruin us for a month”, a sentiment shared among other small-scale businesses who do not have the resources of large businesses.

Even insured businesses face problems of their own. For instance, those with business interruption insurance are covered for payroll costs, bills and revenue in the case of an emergency shutdown, may not be able to recoup their losses. Such coverage usually does not cover flooding which is a separate insurance category. John Egan, managing editor of InsuranceQuotes.com discusses, “I think a lot of businesses will be surprised that they aren’t covered under existing policies”.

Sandy has been seen to bring small businesses with certain opportunity. Dorie Fain, founder of Wealth Partners, an investment advisory firm for women in New York, expresses that “From an entrepreneurial perspective, it is opportunities like this that really test the strength of your relationships with customers and clients”.

Juan C Perez, CEO of a minority marketing consultancy based in New York explains, “It is important we include our customers in every aspect of our lives and social media has not only dictated this, but made it a way of life for business owners … our relationships with customers are more personal”.

Small businesses have greater opportunity than larger businesses in the sense that they can connect with their customers on a more personal and familiar level. The particular form of communication will be an opportunity to lift the covers of businesses operations to form a human bond with clientele.