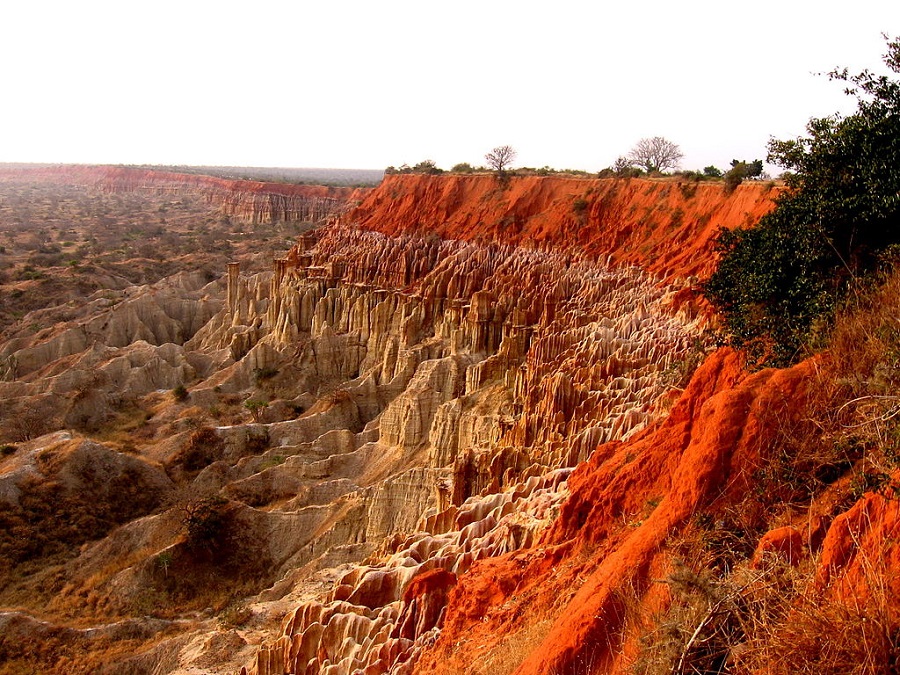 Valley of the moon, situated at the coast 40 km south of Luanda, Angola

Angola is an African country that is rapidly developing. Growth averaging 11.1% per year for the past decade.

The country is famous for its rich oil and gas reserves and diamonds mines that are being exported worldwide. Angola’s output per capita has doubled, since the end of civil war and it is extraordinary. Also, Angola’s global crisis’ recovery is impressive. Oil production and its supporting activities contribute about 50% of GDP, more than 70% of government revenue, and more than 90% of the country’s exports. Diamonds contribute an additional 5% to exports. Subsistence agriculture provides the main livelihood for most of the people, but half of the country’s food is still imported.

When oil prices collapsed in 2009, this African black gold country faced a balance of payments crisis. However, markup in prices and stable exchange rate helped bring inflation down to historically low single digits, and foreign reserves are adequate.

Falling oil prices and slower than expected growth in non-oil GDP have reduced growth prospects for 2015. Non-oil sector growth has averaged over 8% a year since 2009. Angola has responded by reducing Government subsidies and by proposing import quotas and a more restrictive licensing regime.

Nevertheless, corruption, especially in the extractive sectors, is a major long-term challenge for international investors and local businessmen.

Angola also needs to develop the framework and institution to manage oil wealth. The key steps are taken but there is still a long way to go. Angola’s impressive growth has not been as inclusive as it could be. Poverty remains high, and income inequality is a visible problem. The country’s stability and long-term development require the benefits of growth to be shared more evenly. More public spending should be directed toward the poor. One option is to gradually phase out the costly and regressive fuel subsidies and replacing them with, for example, well-targeted conditional cash transfers to the needy.

In addition, Infrastructure investments will help with diversification in the medium term, and rebuilding human capital will take longer. But a difficult business environment is hampering efforts in this area. Angola ranked 181 out of 189 economies in 2016 in the World Bank’s “Ease of Doing Business” Index. Other indicators, such as the World Economic Forum’s Global Competitiveness Index, show broadly the same result. Moreover, Angolan companies with a foreign ownership are subject to approval by the National Agency for Private Investment and the minimum investment amount (per one investor) in order to be able to repatriate profits abroad is US$1 million. Forming an Angola company is therefore very time consuming, requiring an overage of 5 months and the corporate tax rate is as high as 35% (an additional 10% of VAT may be applied).

To attract more foreign investors, the government should seriously consider improving the business environment, infrastructure, social level and poverty in the country. Meanwhile, it is too risky and costly to do business in this country.

For advice on optimum company structure and or services related to company set-up, please contact us at .