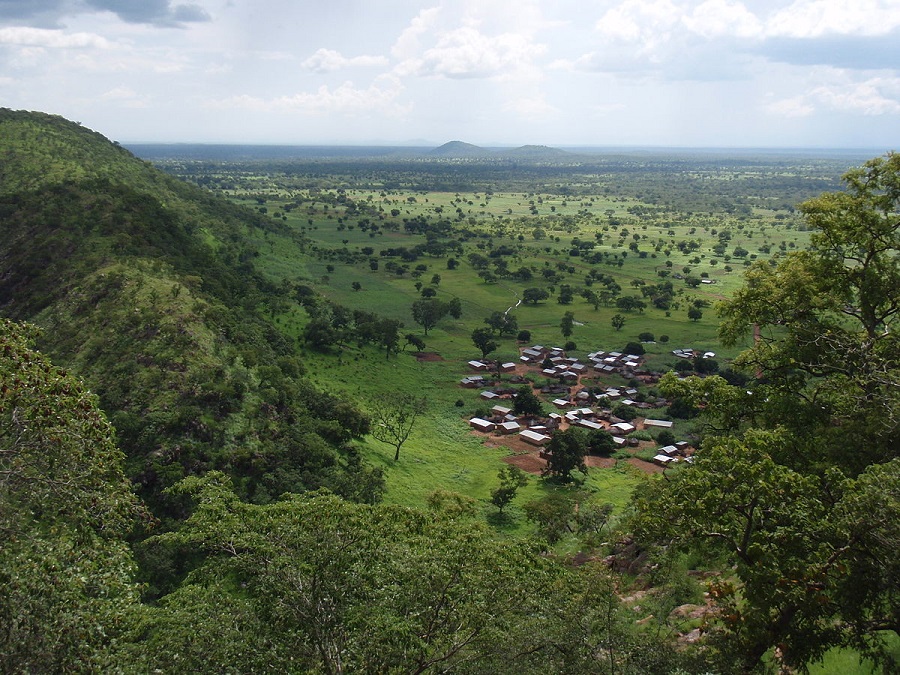 Benin is a relatively political and macroeconomic stable country in Western Africa with a population of approximately 10.6 million. Agriculture accounts for over 50% of the GDP and employment is low at only 1%. Benin is categorized as a low income country by The World Bank and most of the population is living through subsistent farming with a GNI per capita of just US$801, one of the lowest in the world. While at a glance, this does not look like the economy is flourishing, according to the 2016 Economic Freedom Index Report “Benin’s entrepreneurial environment has gradually benefited from a relatively stable political and macroeconomic situation. Continuing its efforts to promote economic diversification and modernization, the government has introduced structural reforms to revitalize the economy.

Tax rate is high in Benin, so this can be off-putting for many entrepreneurs. All companies are subject to a corporation tax of 35% and on top of this a withholding tax of 15%. The tax rate is especially prohibitive in the oil and gas sector where companies who are involved in exploration, production and sales are subject to up to 45% tax.

The 2016 Ease of Doing Business Report, prepared by the World Bank indicates that starting a business in Benin is not easy and it ranks Benin at number 158 out of 189 economies. The ranking has improved marginally since last year mainly because dealing with construction permits and trading across borders has improved, all other areas contributing to the ranking seem to have remained stagnant. Doing business in Benin is slow and cumbersome due to slow moving and corrupt bureaucratic system. The official language in Benin is French and this further slows things down as all document need to be translated.

There is potential in Benin however especially in the area of ecotourism. The majority of the population lives along its beautiful 121km South Atlantic Coastline but Benin is also famous for its rugged landscape in the north with some of the best wildlife to be seen in West Africa. Eco-Benin is a NGO organization that was established in 1999 to promote and assist in the area of Eco-Tourism. The organization works with 12 communities around Benin “to set up sound ecotourism projects for the mutual benefit of both people and wildlife around Benin, from the North to the South.” according to WeADAPTs official website. According to Lonely Planet, Benin has many advantages over its surrounding neighbors for tourism as it is relatively safe, has good roads and many options from low budget to luxury accommodation. Tourists especially love the option of eco-holidays as it something new and exciting and allows them to experience what it is to really live in Africa.

Other areas of interest as advised by Aidan Healy, The Managing Director of Healy Consultants Group PLC is in the area of apparel manufacturing as wages are very low in Benin averaging US$240/ month and companies can take advantage of this. Agricultural products such as cotton, palm oil and rice are also available in Benin at very low costs so industries relying on these raw materials do well here.

Setting up a company in Benin is a time consuming process and can take up to 4 months. Healy Consultants Group PLC have prepared a fantastic table on the types of company available with detailed information about tax, finance and legal requirements. Click on the table below for the full information: 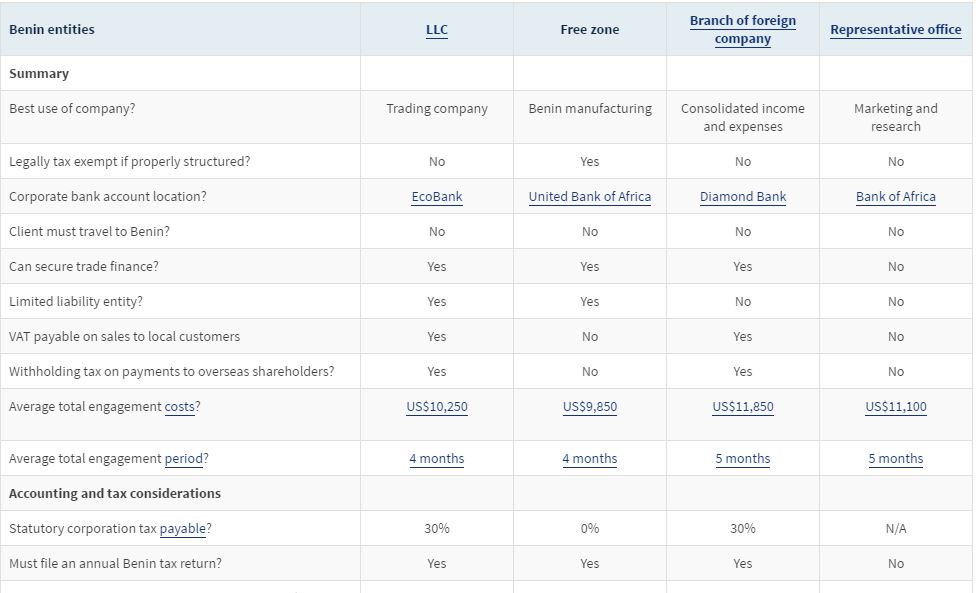