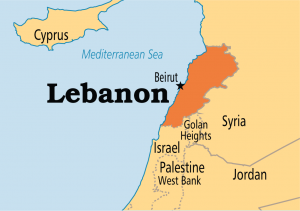 LANGUAGE
Many Lebanese speak English fluently. Nevertheless, be prepared to employ an interpreter in case of need. If you are working on a major deal you may wish to hire your own interpreter rather than relying on one supplied by the other party.

MAKING INITIAL CONTACT
In Lebanon you are required by law to do business through a local agent. Your success will depend largely on your choice of agent and how you work with him. Look for someone with good contacts, with access to the right people and channels of distribution. While agent commissions vary, expect to pay around 5 to 8 percent.

Developing a strong personal relationship is the real key to doing Lebanese. Personal contacts make things happen. It is very important to get to know your counterpart before starting to discuss business. Socializing is a good way to build and maintain good rapport.

EXCHANGING FAVORS
Lebanese. Personal contacts make things happen. It is get to know your counterpart before starting to Socializing is a good way to build and maintain good

The exchange of mutual favors is the cornerstone of any relationship with Lebanese. If you are asked for a favor, agree to do it even if you think you may not be able or willing to do it. Your local friend will understand that circumstances later make it impossible to fulfill his request and will appreciate the fact that you agreed to try to help.

ORIENTATION TO TIME
Many Lebanese look at time differently than people from monochronic cultures. People and relationships are more important than the clock. So your counterpart may keep you waiting while he deals with unscheduled visitors and family emergencies. He may be late for any number of pressing reasons. Once your meeting starts you may find it frequently interrupted by phone calls, papers to sign and drop-in visits by old friends and relatives.

As to deadlines, only God knows the future so it is unwise to push hard for something to be done by a specific date. You will do better to build some flexibility into your schedule so that a few days or weeks delay will not cause you a serious problem. Patience is a major virtue in Lebanon.

FEMALE BUSINESS VISITORS
Status in Lebanon is determined primarily by social class and family background. Lebanese are not used to seeing women in business. For this reason they may have difficulty relating to female executives.

Here are two tips for women wishing to do business in Lebanon:

1. Be introduced by an older, high-ranking male. His gender and status can rub off on you.

With luck you may be regarded as a foreigner who happens to be female.

HONOR AND THE FAMILY
A Lebanese honor, dignity and reputation are precious to him and must be protected at all cost. Loyalty to the family is a paramount value. Family needs often come before individual needs.

Lebanese readily express emotion and use elaborate verbal language marked by frequent exaggeration for effect. Because Lebanese negotiators try to avoid confrontation, they usually avoid saying ‘no’ to your face. You will do well to avoid overly blunt language.

Meeting and Greeting
Expect a gentle handshake and strong, direct eye contact. Lebanese of the same sex like to stand or sit very close to each other, closer than many foreigners are accustomed to. Try not to move away, since this would signal coldness to your Lebanese counterpart.

Touch Behavior
As an expressive culture Lebanese engage in frequent touching among . Observe those around you, take your cue from your local counterparts..

Bargaining Range
Lebanese negotiators tend to be enthusiastic bargainers and may expect their counterparts to grant major concessions on price and terms during the course of the negotiation. Some Lebanese businessmen measure their success at the bargaining table by how far they are able to move you away from your opening offer. They think of negotiating is thought of a challenging contest, a competitive sport.

For this reason it is wise to build plenty of margin into your initial offer, leaving room for maneuver during the lengthy negotiating process.

Concession Behavior
Be prepared for ‘bazaar haggling’ — hard bargaining. Take care to make each concession with great reluctance and only on a strict “if…then,” conditional basis. Always demand something equivalent in return for each concession in price, terms or other issues.

Decision-Making Behavior
Negotiating in Lebanon tends to proceed at a leisurely pace. It would be a tactical error to press hard for a quick decision. Go with the flow. Decisions take time, so adjust your expectations accordingly.

Contractual Behavior
It is a good idea to get everything in writing to avoid future misunderstandings.

Dress Code
Conservative suit and tie. Accessories such as watch, pens and briefcase should be of high quality. Some Lebanese business people judge their foreign counterparts by how they dress.

Refreshments
You will frequently be offered tea or coffee. This is an important feature of Lebanese hospitality; it is impolite not to accept.

Gift Giving
Gifts are always welcome but not expected. Choose something for which your own country is well-known but avoid giving alcohol or any other item forbidden to Muslims. Be careful about admiring any of your counterpart’s possessions. He might present you with the object of your admiration and feel insulted if you decline.

Entertainment
Entertaining and being entertained is an essential part of building a close relationship with your counterpart. If invited to dinner at a Lebanese businessman’s home expect to eat a great deal as a way of showing your appreciation. Your host will press you to eat more you than really want to. Eat as much as you can. When you have reached your limit, you may have to decline further helpings three times, emphatically, in order to make the point. Similarly, when hosting Lebanese you must keep pushing them to eat and drink

Maintaining the relationship
It is important to stay in close contact with your Lebanese customers and partners. Between personal visits make sure to stayin frequent contact via phone and fax.

In Lebanon personal connections are the key to business success.

Visas
All foreigners from European Union, USA, Australia, GCC (Gulf Cooperation Council) are issued a three-month visa on arrival. Passports must be valid for at least three months beyond the estimated duration of stay in Lebanon.

Single and multiple entry visas can be obtained from any Lebanese consulate or embassy.

Getting there
Beirut, the capital city is an international gateway for Lebanon and the region and is served by major international airlines. Flights from Australia are usually via one of the major cities such as Singapore, or via Bahrain or Dubai.

International airport
Beirut International Airport (BIA) is located in west Beirut. There is a US$ 15 departure tax for visitors leaving the country by boat, or economy class air ticket. First class airline passengers must pay US$ 30.

The trip from the Airport to the major city hotels generally takes about 20 to 30 minutes, except during peak hours, when the trip may take up to an hour.

Taxis are readily available from the airport, and the fare to the city is approximately US$ 18 . It should be noted that there is no meter charge taxis.

Climate
Lebanon has a Mediterranean climate — hot and dry summers and cool, rainy winters. The sun shines 300 days a year. The annual rainfall on the coastal plain is around 889 mm, and more than 1270 mm in the mountains. Humidity is high along the coast in summer and daytime temperatures average 30°C with night temperatures not much lower. Beirut in summer becomes a commuter society as families move to the mountains to enjoy the cool dry climate. Winters on the coast can be dry and mild one day and wet and chilly the next.

Clothing
For men the standard business dress is business suit and tie. Women do not have to wear a black cloak like many other Arab countries, any professional dress is appropriate.

Light clothing for summer and heavy ones for the winter season.

Language
Lebanese’s official languages is Arabic, French is highly spoken among educated people. English is also a language for business and commerce and is widely spoken by most business community.

Health
Lebanon has very good medical facilities. Pharmaceutical are available from numerous outlets including supermarkets. Registered pharmacies work from 9:00am till 7:00pm, with some shops open for 24hrs services.

Tipping
Tipping is not expected but is usually given for good service. Most restaurants include a service charge but it is customary to leave an extra tip of 5 — 10%, as wages are much lower now than they were before the war.

Business hours
Government offices are open from 8:00 am till 14:00 pm from Monday till Saturday (6 days).

Most shopping centers, department stores and supermarkets are open 6 days a week from 9:00 am till 19:00 pm, from Monday till Saturday.

The Lebanese Lira is a fully convertible currency and there is no restriction on taking money in and out of the country. ATMs and cash cards are widely in use in Lebanon. Most shops, restaurants and hotels will accept US dollars. The currency fluctuates according to the international market and to political developments in Lebanon and the Middle East. Most banks will only change US dollars and UK pounds in cash and travelers cheques, but moneychangers will buy and sell almost any currency

Electricity
The power supply through Lebanon is 220 volts. The most common type of plug is the two pin European type. Adapters for Australian pin plugs are not widely available.

Videos
VHS is the most common type of video in Lebanon and are subject to customs inspection.

Customs Regulations
Visitors are allowed 200 cigarettes and one liter of alcohol.

The import and export of foreign currency is not restricted.

An import license for arms and ammunition is required under all circumstances to be obtained prior to arrival from the Ministries of Defense and Interior at Beirut.

The export of antiquities is prohibited without an export license.