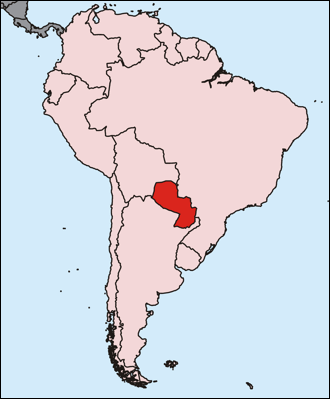 Paraguay a nation that is at the center of South America surrounded by Argentina, Bolivia and Brazil. Its history has been rife with political unrest, a history of corruption and chronic economic problems, stemming from a political shift from a 35-year-old dictatorship to a democracy.

It is a nation, that remains one of the poorest in the region, with staggering unemployment reaching about 45% of the population. The country has a large income distribution discrepancy as much of the land and nationalized industries are at the hands of a tiny elite and successive government have been slow to implement land reform in the nation.

In recent years, the economy has steadily achieved growth as a result of increased agricultural exports, especially soybeans. Combined with government reforms in fiscal and monetary policy also have enriched Paraguay’s economy. Inflation has declined, and the currency has appreciated gradually.

The government has created various incentives that welcomes foreign investment but historically has been unable to provide a stable, corruption-free environment for businesses. The large black market and presence of narco gangs have deterred many foreign investors from entering the Paraguayan market.

The table below summarizes Paraguay’s Import and Export market: