The Cost of Physical Money and Thoughts on a Cashless Society 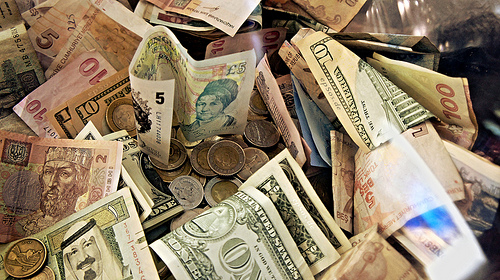 Think it would be easy to create your own currency? Think again. Beyond the fact you need to own a country, the processes surrounding currency have changed a lot over the years. Today, many are wondering if a cashless society is the next big leap forward in finance on planet Earth.

The Cost of Physical Currency

If you’re creating your own currency from scratch, the biggest reason you’re going to want to stay away from physical money is the cost. From printing the dollars to minting the coins, a lot of money needs to be spent to make sure they’re not easy to counterfeit. This really adds up quickly and is one reason some are proposing that paper money and coins go away. Canada has already stopped producing the penny.

Pros and Cons of a Cashless Society

Here’s a quick look at some of the pros and cons of moving to a cashless society.

What do you think about paper currency? Is it time for it to go away or does a cashless society scare you for one reason or another? Leave a comment below and let us know what you think. You may be surprised at what others think about this topic that could become very relevant in the years ahead.