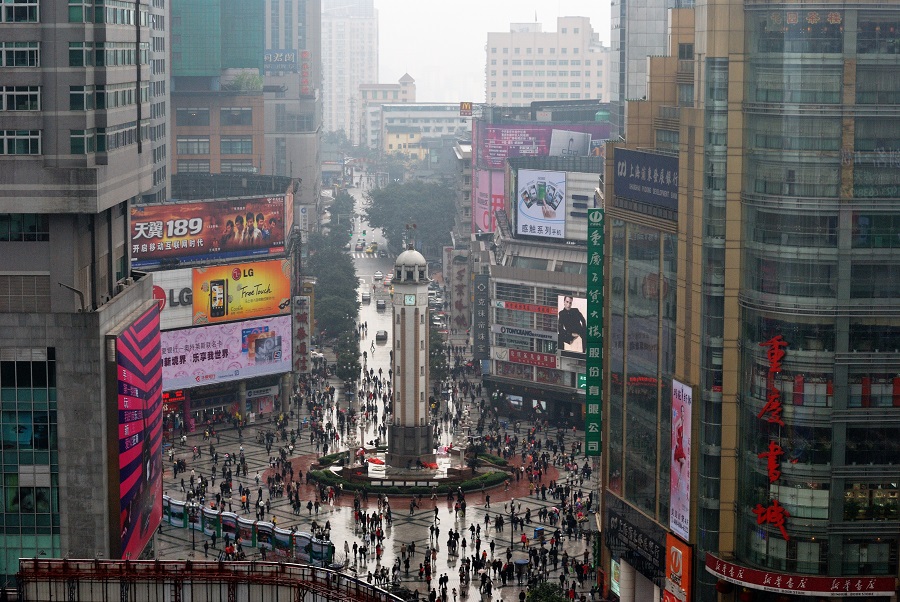 On 27 February 2017, Singapore’s Deputy Prime Minister, Mr. Teo Chee Hean, travelled to China to attend the 13th Joint Council for Bilateral Cooperation (JCBC). This year the JCBC focused on the reinforcement of China-Singapore’s relationship and the three Government-to-Government initiatives currently in place.

The JCBC is the top bilateral meeting between China and Singapore, and it has been in place officially since the early 2000s. This meeting is unlike any other bilateral corporation platform that China has with any other country, signaling the special bond Singapore and China have maintained throughout the years.

However, last year the relationship between mainland China and Singapore was shaken by two incidents. Firstly, by the exchange of letters between the local Chinese newspaper and the Singapore Ambassador in China regarding to the South China Sea dispute; and secondly by the nine Singapore Armed Forces’ Terrex armored vehicles seized in Hong Kong. Furthermore, in 2016 for the first year the JCBC did not take place.

During the last week’s meeting, Singapore’s Deputy Prime Minister and the Chinese Vice-Premier assured that the relationship between both countries continues to go strong, that both wish to move pass the incidents and strengthen their economic cooperation, especially in relation to the three G2G initiatives.

Apart from the JCBC, in February 2017, both parties also co-chaired the meetings of the three main G2G projects currently in place: Suzhou Industrial Park, the Sino-Singapore Tianjin Eco-city and the Chongqing Connectivity Initiative. Especial attention was given to the Chongqing project, as it was the first meeting since the project was launched in 2015.

Although due to its prime location and excellent business opportunities, Chongqing has already been home to a fair number of Singapore companies and stage to a few joint venture projects, both China and Singapore expect to enhance Singaporean companies’ presence in Western China and the importance of the region to China’s development.

One of the most important initiatives is the One Belt One Road. It aims to integrate China with Central Asia and Europe and diversify the country’s access to these markets. The Chinese Government has been investing in an extensive maritime and railroad network that would allow it to import and export products easily.

The project will have as starting point the Western region, and places such as Xian and Chongqing will have direct access to Asia and Europe once the project is implemented. For companies that are operating in these places, it could mean a great opportunity for business.

The Singapore Government wishes to assist with the development of the region through its Chongqing Connectivity Initiative (CCI) and create even more the opportunities in the One Belt One Road. It will encourage Singapore logistics and transport companies to invest in the city to transform it into the Western Logistics Hub. With the experience of such industries in Singapore, they will be able to make the most of the increase in commercial network that the One Belt One Road initiative will bring.

Apart from the One Belt One Road initiative, Chongqing is also part of the Western Development Strategy, which has been in place since the early 2000 and it has been recently declared a free trade zone by the Chinese Government, allowing products to be handled and re-exported without being subject to regulations and taxes.

Launched with President Xi Jinping’s visit to Singapore in November 2015, the Chongqing Connectivity Initiative focuses on developing four areas: z financial services, aviation, transport and logistics, and information and communication technology in Chongqing. Singapore and Chinese Governments will provide incentives and support for local companies to create partnerships in these areas.

Since the Chongqing Connectivity Initiative was launched, more than 100 Singapore companies have already signed partnerships with Chongqing companies in the most diverse areas. Examples include the construction by the Capital Land Raffles City Group of a residential and business center project in the city and the construction of the Straits Trading Mall by the Straits Trading Group.

Although China and Singapore’s relationship has gone through some rough patches is the past year and faces uncertainty in the future, last week’s JCBC meeting clarified that such incidents did not compromise their relationship and reinforced the commitment both sides have with their economic ties. The three Government-to-Government projects, especially Chongqing, were highlighted throughout the visit as examples of outstanding projects that will benefit both sides.

The CIC is especially good opportunity for Singapore companies that wish to invest in the Chongqing region. This year’s meeting was the first discussion of the project so far, and we can expect that the next annual JCBC meeting will continue to cover the topic. Both China and Singapore will promote the Chongqing Connectivity Initiative and are expecting successful developments in the upcoming years.

Image attribution
By Archey Firefly from chengdu, China (Uploaded by Zolo) [CC BY 2.0], via Wikimedia Commons