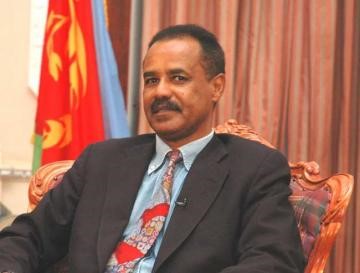 Eritrea located in the northeast of Africa, emerged as a legally independent nation in 1991 ending a 30-year-old war with its neighbor Ethiopia. The revolutionary party, the Eritrean People’s Liberation Front(EPLF) that had won the war from the oppressive Ethiopian Government at the time made substantial promises of taking this new nation to greatness. However, this Marxist led revolutionary group, later changing their name to the People’s Front for Democracy and Justice(PFDJ) after absorbing the power of the country became tyrants ruling the nation, with its leader the current President Isaias Aferweki.

Since independence, Eritrea’s citizens have been risking their lives to escape the rule of the ruthless dictator President Isaias Afwerki that has a strong hold on of the world’s poorest nation. Under his oppressive rule the country has suffered tremendously, leading to the UN human rights commission to launch an investigation into the regime as it is accused of human rights abuses and crimes against humanity.

The nation, under the leadership of President Isaias Afwerki has become one of the most censored nations in the world and is nicknamed “Africa’s North Korea”. Reporters without borders ranks Eritrea 178 out of 178 in the world for press freedom, meaning that any journalism other than from the government is banned. This censorship means that the world is not aware of the incidents that occur in the country on a daily basis. Further to this oppression of free speech and journalism, criticism of the government is not tolerated and leads to extreme consequences.

The President’s strong grip has imposed that citizens of the nation must serve national service which has no fixed ending date essentially meaning government sponsored slavery. All of the above and the human rights abuses carried out by the regime has led to Eritreans fleeing this nation. The UNHCR estimates that that over 1,000 Eritreans a month are fleeing from the nation and this number is growing day by day. However, getting out of the country is no easy task, as emigrants often fall prey to the scams of people smugglers and the various spies of the government.

Eritrea has been forgotten by the World and it is time now to realize that this country is in need of dire help from the rest of the globe to help the citizens get out of the oppressive system and be a successful nation.

If you are interested to read more about Eritrea and its oppressive regime, Amnesty International released a damming report entitled “Eritrea: 20 Years of Independence, but Still No Freedom” and if you would like to see more about the censorship in Eritrea please look at this video entitled “Eritrea: Africa’s North Korea-Blackout” produced by Vice News.