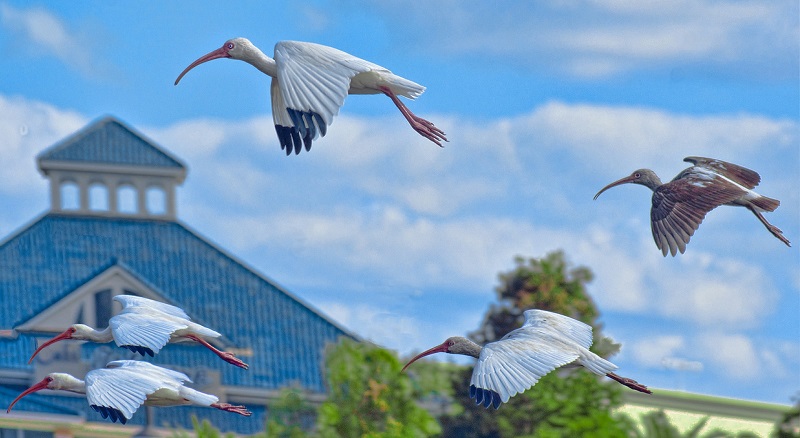 One of the European Union’s key pillars is the free movement of persons, which allows citizens of EU states to move and settle in other countries in the region without restriction. Even nationals of Switzerland and the EEA countries (Liechtenstein, Norway and Iceland), which are not members of the EU, can live elsewhere in Europe as long as they are employed or have sufficient means with which to support themselves. 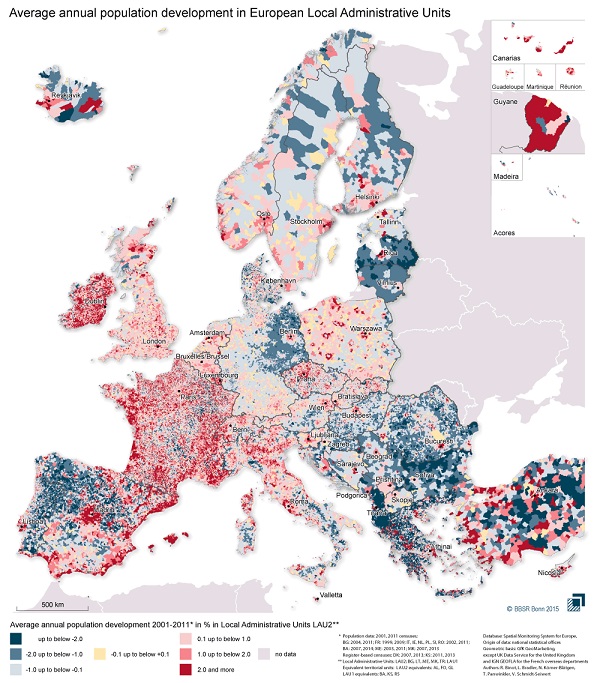 Avg. annual population development in Europe between 2001 and 2011

Germany’s Federal Institute for Research on Building, Urban Affairs and Spatial Development has created a map using data from between 2001 and 2011 showing population changes in that period across Europe, going down to the municipal level for granular detail.

Although not all of the changes will be explained by migration (for example, changes in birth and death rates), looking at the map reveals some interesting details:

What does this mean for business?

If your business is serving a local population, then it pays to be where the people are (and where they are going to). By following the trends shown in this German map, you can get an idea of where populations are growing fastest and thereby figure out where to look more closely. Of course, in those cases you will also need to look at demographic information to ensure that this is the right kind of population for your business to serve.

Another way to look at it is to use the population information and migration to see where talent is moving to. An increasing number of businesses rely on human capital to succeed, and having a steady flow of new workers helps to attract new talent to fuel your business. On this basis, capital cities continue to act as magnets for people, making the following places cities for gaining access to skilled European workers:

On the other hand, if your business is land- and labour-intensive, and you are looking to minimise costs (for example if you run a manufacturing or textile business), the blue areas of the map are often good low-cost regions in which to set up a business. In addition, these changes typically spur government schemes to restore the areas, meaning that tax breaks and other incentives may be available.

Healy Consultants Group PLC can help you to research market data and local regulations to find a suitable location for starting or expanding your business in Europe. To learn more about the markets listed above, visit our pages on company registration in Spain, Ireland, Germany and Poland or contact our consultants directly at .