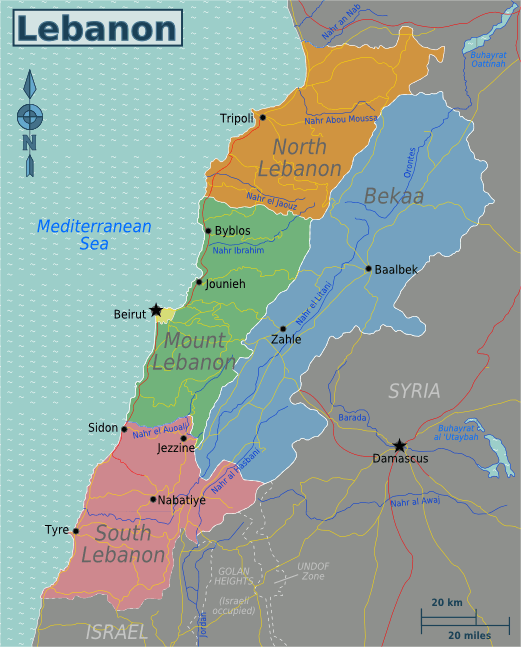 Lebanon, and more specifically its capital Beirut, is the home to an increasing intensity of startup activity on the Middle East’s Mediterranean coast. Perhaps there is something in the water, as the coastal Israeli city of Tel Aviv (just 135 miles south of Beirut) was recently named as the best tech hub outside of the United States.

Lebanon’s company law system is a remnant of its colonisation by the French, which ended in 1943. The most popular corporate form for startups in Lebanon is therefore the SARL. Founding teams of less than three, whether a sole founder or a team of two, will need to add to their ranks thanks to a minimum requirement of three shareholders for Lebanese companies. Between them, the partners must contribute at least 5 million Lebanese pounds, which is around US$3,400. There is a stamp duty of 0.6% capital contributions and increases.

Thanks to these requirements, many entrepreneurs will start and test their business without the safety of incorporation’s limited liability, only adopting a corporate form once minimum viability of the venture has been established. However, once the business is ready to be incorporated it typically takes two weeks to complete the process with the Lebanese companies registry, which the Ministry of Economy oversees.

Hiring a lawyer and getting startup legal advice

An indirect cost of using a corporate vehicle for your Lebanese startup is the requirement for every firm to retain a lawyer on an ongoing basis following incorporation. However, startups are likely to be able to put these retainers of at least LBP9,000,000 to good use, gaining legal advice on employment contracts, licensing agreements, funding terms and other matters.

When a Lebanese company does turn a profit, corporate income is taxed at a rate of 15% on money derived by its local operations. If the company expands internationally with a network of subsidiaries, then income received from those companies is taxed in Lebanon at a lower rate of 5-10% after any foreign taxes. However, double taxation avoidance rules and agreements may mean that the dividend taxes can be credited against foreign tax paid. There is no foreign tax credit in Lebanon except where provided for by a tax treaty, of which there are currently 32.

In the event of a successful exit from the business, shareholders’ gains are taxed at 10%, allowing entrepreneurs and investors to enjoy a greater share of their success. However, other Middle Eastern jurisdictions such as Dubai and Bahrain have much more attractive tax regimes.

If you are interested in creating a startup in Lebanon, or expanding your business to the country, learn more on our page on the advantages and disadvantages of doing business in Lebanon. More information on the incorporation process can be found here. Alternatively, contact our company incorporation experts directly: .