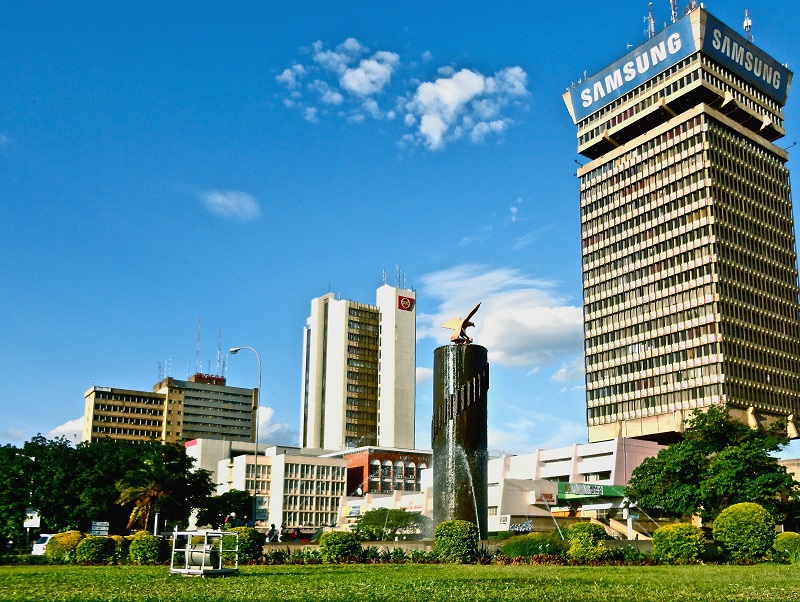 Much has been made of the Chinese economic slowdown of late, with large losses in Chinese public markets and an unprecedented devaluation of its currency. The western press has covered China’s large market losses and subsequent currency devaluation in detail, following a more than a decade of developed nations increasing their exposure to China.

This exposure came in the form of investing in its growth, as well as attempting to exploit the growing domestic demand. Despite this, developed economies’ exports rely very little on Chinese demand – it is developing countries like Zambia who stand to feel the biggest effect on export demand and investment.

A recent Wall Street Journal article points out that less than 1% of GDP in France, Italy, Spain, the US and the UK is attributable to exports to China. Even Japan, which has closer geographic access to the world’s second-largest economy, exports only 2.7% of its GDP to China. By contrast, Zambia made exports of US$2.58bn to China in 2012, accounting directly for more than 10% of Zambia’s US$24.94bn GDP. As the chart below shows, this is almost 50% of Zambian exports by value:

Even with the generous assumption that demand remains unaffected in RMB terms, the 3% devaluation against the dollar will mean reduced buying power for Zambia’s largest trading partner. This is likely to have a non-negligible effect on Zambia’s economic growth, which averaged 5.7% per year over the last decade.

92% of what China buys from Zambia is copper, with a roughly even split between raw copper and refined copper. Somewhat more worryingly for the Zambian economy, copper prices have dropped by about a third since 2012 (see the chart from the London Metals Exchange below). While this will help Zambia to maintain or boost volumes, it does make the domestic copper business less profitable and therefore less attractive to foreign investors. 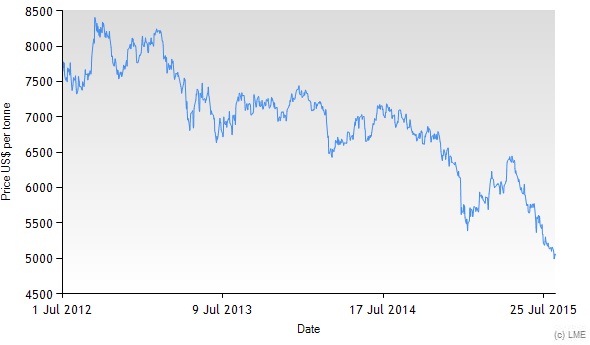 Given the current weakness in the copper price, there may be some mining-related assets in Zambia available at an attractive discount. For most kinds of businesses, the minimum investment is about US$1,000 contributed by at least two shareholders. Thanks to the resident director requirement, at least some of a Zambian company’s management must be based locally.

Zambian exports to destinations other than China are slightly more diversified, so there may be opportunities in other primary industries. Tobacco, sugar and cotton are Zambia’s largest non-mining exports, and the country also sells cobalt and iron internationally. To learn more about starting a business in Zambia, visit Healy Consultants Group PLC’ website or contact us directly: .