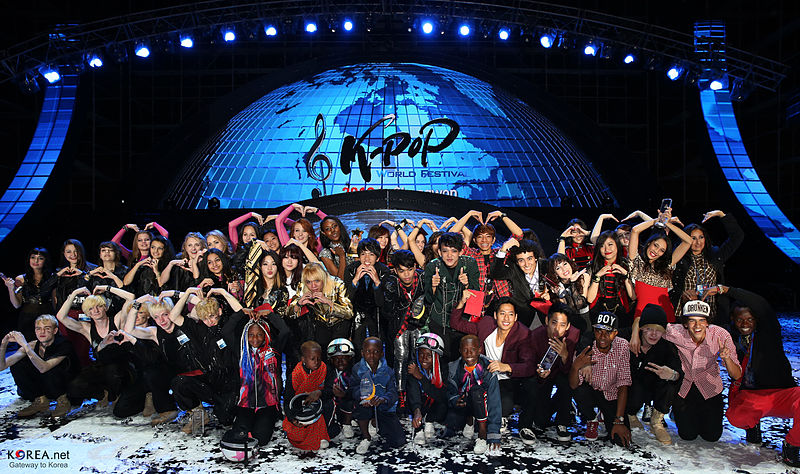 The elaborate mix of teen idols, breath-taking choreography and modern groovy music makes K-Pop the most popular go-to music genre of East Asia. – The industry reported a revenue of 4.7b USD for 2017. Social media provides millions of listeners and clients of this form of entertainment from all over the world easy access to K-Pop, that benefits not only from ticket sales, but also from other forms of cross sales. From merchandise to product placements, and from commercial promotions to prime-time TV slots, the Korean entertainment industry is indeed an expert in exploiting the popularity of trending bands to enjoy an unparalleled return on investment.

The key industry leaders usually have flagship performers who are their biggest sources of profit, but as is the case with the top earning entertainment company, success can be replicated more than once. The undisputable proof that a company has attained the status of an entertainment mogul is its IPO. Most Korean industry leaders have concluded successful IPOs, with some dating back to 2003, highlighting the bankable status and opportunities the industry has to offer.

Below is a summarised version of the commercial journey of the top Korean entertainment companies for 2017.

For an industry which started out in the 1990s and has continued to grow well into the 21st century, K-Pop is here to stay. Major Korean telecom players are involved in the entertainment industry, and in fact have undertaken the charge of creating K-Pop idols from scratch. This all means more opportunities for a variety of business activities, such as health and fitness, merchandising, media and publicity, talent development, event management, advertising, food and beverage, fashion, and so on.

The small size of the South Korean markets guarantees high incentives for expansion across the world which will continue for the foreseeable future. Considering the appeal and the popularity of everything K-Pop, especially amongst the millennial population, the industry is yet to reach its zenith and will continue to attract further foreign and national investment.