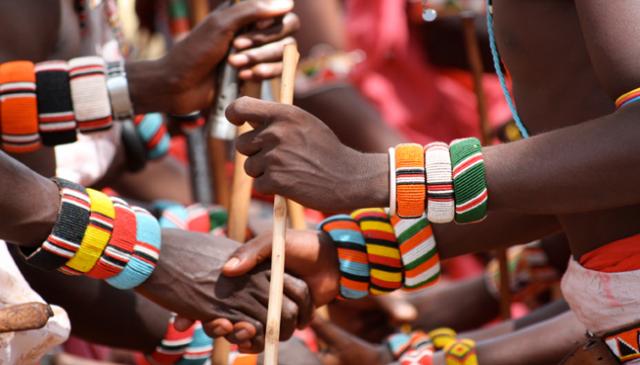 A project that is subject to much corruption…
Will the influence of the old forces of corruption disrupt Kenya’s great leap forward?

Kenya’s vision 2030 is the countries development program, launched on 10th January 2008 by the 3rd President of Kenya, Mwai Kibaki. The vision was created to help transform Kenya into “a middle- income country providing a high quality of life to all its citizens by the year 2030”.

The motto for the campaign speaks for it self:

“Towards a globally competitive and prosperous nation”

However, the journey for Kenya has not been easy. Since its independence in 1963, it has been held back by the corruption of government and the misappropriation of resources. Unfortunately the powers that be tend to put their own desire for wealth and power before that of their people. This blatant disregard for basic economic and social rights is seen as one of the most serious impediments to the development of the country, and by extension, the rest of Africa.

In Aug 2010, changes were finally made in Kenya with the introduction of a new constitutional order, voted in by the Kenyan people. This new order was made in hope of liberating all ethnicities in Kenya targeting the system dominated by Kenyan leaders who command state resources and control power through ethnic divides.

Changing this ingrained culture and structure is not easy and continues to be a momentous struggle. Understandably, it will not happen overnight, but rather through perseverance and hard work by all Kenyans.

‘The vision 2030’ plan is founded on 3 pillars – an economic pillar, a social pillar, and a political pillar. Its aim is to promote an average GDP growth rate of 10% per year in all regions of the country. While not meeting the predicted growth, as of March 2014, GDP growth has been at 5% which is at least positive. To continue this upward trajectory, the focus should be on developing the key elements of Kenya’s economy: wholesale and retail, transport and communication, manufacturing, financial services, and agriculture/ forestry, whilst adhering to “a just and cohesive society with social equity”.

Kenya’s other ambitions for 2030 are to further upgrade Nairobi’s rail and railway stations into mini cities, invest in nuclear and geothermal energy, build an electricity transporter city and a solar panel factory, as well as having a technological hub named Konza City.

The vision has become more of a reality in recent years due to discoveries of oil in the Northwest, and gas deposits off the Lamu Coast. Furthermore, there has been a discovery of massive underground water reserves. However Kenya’s old problems continue to raise their head on a daily basis and problems with labour strikes for abuse of workers rights and unfair labour laws continue to slow down Vison 2030 projects. Chinese companies contracted to build the new infrastructures have been facing continuing problems with local Kenyan authority’s involvement slowing the projects and facing difficulties with the cultural differences and expectations.

Without doubt, there is much work and many issues to be ironed out for Kenya to reach its Vision 2030 goal, however the country is seen as quite progressive in terms of being open to inside and outside investment and has much to offer the foreign investor as more and more projects for Vision 2030 are opened up for investment. Its Athi River Export Processing Zone offers one of the most competitive startup incentives in Africa with a 10 year corporate tax exempt clause. If you are interested to set up In Kenya or indeed in any of the other African countries, please contact Healy Consultants Group PLC at email@healyconsultants.com