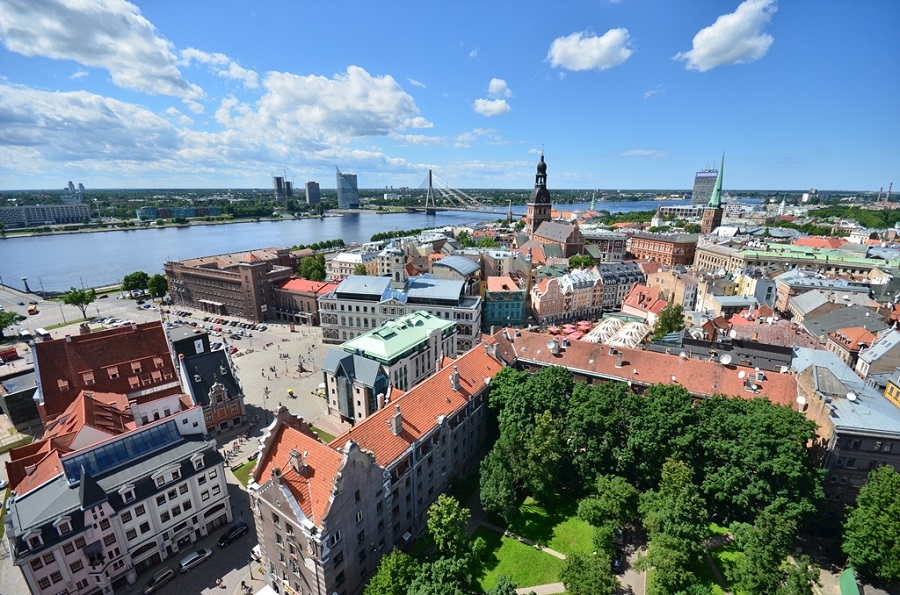 As a former part of the Russian Empire, and later the Soviet Union, Latvia has had a close economic relationship with Russia since it regained independence in 1991. The countries still share a border and many Latvians speak Russian, simplifying commerce between the nations and making Russia Latvia’s second-largest trade partner after Lithuania.

In 2013, 11% of Latvian exports, valued at nearly $1.5bn, went to Russia. The same proportion of Latvian imports were Russian-sourced, valued just short of $2bn and creating a significant trade deficit.

Following Russia’s import bans on European produce in response to the EU’s Crimea-related sanctions, Latvian exports to their eastern neighbour have fallen by 25%. According to the same article, the reduced availability of the Russian market spurred Latvian exporters to seek new markets. This resulted in a 3% overall increase in exports, replacing the lost Russian exports by a factor of two.

Latvia’s exporters focus mainly on processing raw materials, with processed wood products and refined petroleum being the two largest categories. There is also a significant agricultural industry, with some of that output being refined into vodka and other products.

Labour costs are among the lowest in the EU, and the investment process is simple for foreigners. Consequently, the World Bank ranking Latvia 27th in the world for starting a business. Capital requirements are low, and a single shareholder and director can be used without any residence or nationality requirement.

With only a 15% tax rate and access to the EU, having a Latvian company is a simple and low-cost way to access European markets.