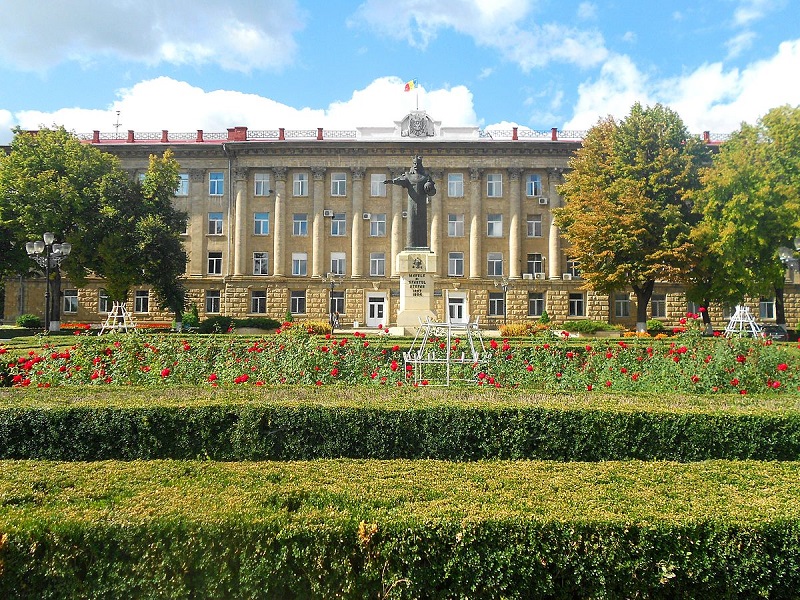 Three major Moldovan’s banks lost US$1 billion in total, due to a huge theft through a number of fraudulent loans and transfers. This amounts to one eighth of Moldova’s gross domestic output. This robbery left the three banks on default. So, the National Bank of Moldova, has acquired them and injected a capital of US$660 million.

This caused the inflation to bump up to 8% and the Moldovan lei to drop by 20% against USD this year. Trying to save the situation, the central bank started increasing its benchmark interest to 15.5% from 8.5%. The high interest rate, along with fuddled state of the banks, is causing businesses to reduce their investments in Moldova. The confidence of Western allies and international lenders was also shaken that used to help Moldova’s economy afloat.

Russia, Moldova’s biggest trading partner is also facing an economic crisis. According to the World’s Bank, Russia’s recession caused Moldova’s GDP to drop by 4.6% as it is the source of US$800m of Moldovan workers’ income last year. Therefore, Moldova’s economy as predicted by World Bank slowed down to 2% in 2014.

The Russian affair has exposed anchored corruption and antagonism between oligarch groups which might derail the ex-Soviet state from its aim towards European integration.

The insiders are quite convinced that the fraud – which had been going on for years until it hit a peak in 2014 – reflects deep-seated corruption in Moldova and involved some degree of complicity from many of those at the top of power since 2009. “The heist was obviously covered up,” says Francis Malige of the European Bank of Reconstruction and Development (EBRD)

In addition to fraud and corruption, Moldova’s leadership is being intimidated by the pro-Russian groups in the country to fall in the same footsteps as neighboring Ukraine. Also, a majority of foreign countries and agencies that were helping Moldova’s government are not willing to provide anymore assistance until the poor management in financial sector and corruption situation will be improved.

According to Alex Kermer of World Bank’s local office, “Once Moldova gets a grip of the corruption execution and improve their governance quality, this country will have good chances for becoming a booming export economy”. Moldova is boarding with the EU and has a highly comparative skilled work force with a monthly wage of as little as US$200 per month.

Regardless of the issues Moldova is facing, the country has a considerable network of operational Double Tax Treaties with 48 countries and investors can also access markets through the Free Trade Agreements including WTO members worldwide, Autonomous Trade Preferences with EU countries, CEFTA members of most Balkan countries and CIS members with certain exceptions. There are no restrictions in Moldova regarding foreign investments, foreign currency exchange controls and capital imports and exports.

Starting a business in Moldova is fast and easy and takes approximately two weeks to complete the company set up process. A limited liability company can be registered with a minimum of one shareholder, one director of any nationality and minimum payed up capital of US$300.

To know more about company registration and investment opportunities in Moldova, contact our business experts at .