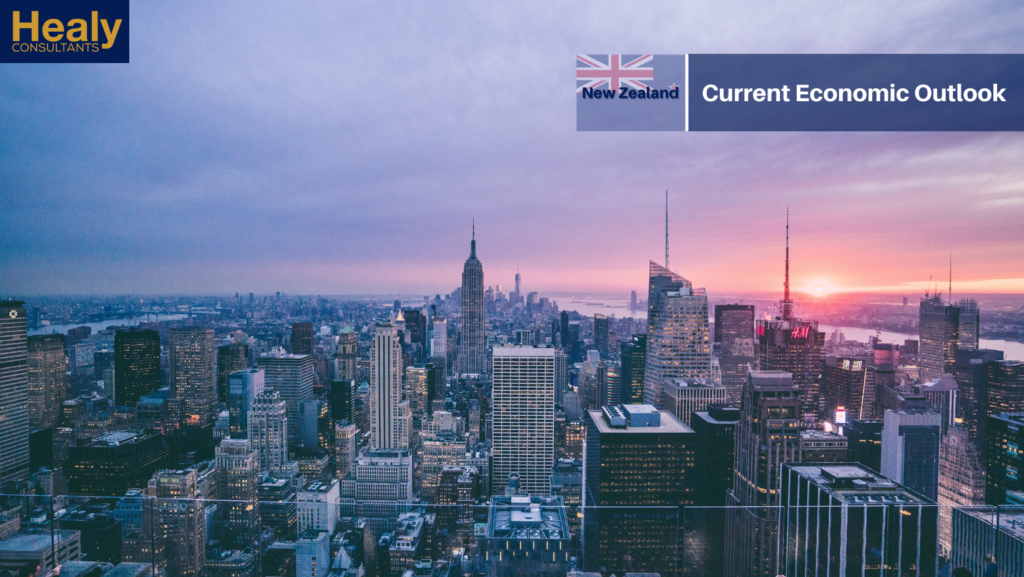 New Zealand is amongst the smallest OECD economies but still ranks as a top investment destination globally. It is highly dependent on agricultural and manufacturing production and export. In comparison with most other advanced economies, New Zealand is better off in terms of economic, political, and social stability.

With almost 8 years of extensive expansion, the traditional growth industries are challenged by i) decreasing productivity, ii) an ageing population, and iii) rising trade protection across the world. These challenges however, can be turned into profitable opportunities by identifying the industries which are likely to grow in the future.

Since 2012, NZ has made enormous progress in terms of economic growth. The GDP has been growing steadily at an average of 3% for the past three years and is expected to remain stable in 2019.

The economy is well-balanced with high importance of the service sector, as well as the agricultural and manufacturing sectors. As of 2016, professional, scientific, and technical services was the highest contributing industry of New Zealand’s GDP, followed by real estate services. But, the productivity in all the key industries is decreasing, which means innovation is the need of the hour.

In terms of future investment, the key industries with opportunities are

NZ ranks as the third most creative country globally, which means research and innovation are natural advantages for the economy, and ideal for profitable foreign investment. The country is subject to several international standards, and overseas investors looking to conduct business must register with the Companies Office.

The government has restricted fossil fuel exploration activities to achieve its goal of producing electricity only from renewable resources and eliminating its carbon emissions by 2050. This means businesses focused on green economy and sustainable development have a tremendous scope of growth.

According to The Economist Intelligence Unit, New Zealand is predicted to be the ranked 6th globally in the business environment rankings. This score reflects the country’s favorable political structure, industrial policy, and infrastructural development. In fact, the government’s pro-business policies have made NZ the easiest country to do business in according to the World Bank’s Doing Business 2018 report.

The government invites foreign investment with very few barriers to entry, and several tax incentives for both new and established businesses to grow. Along with tax incentives, the government invests extensively in infrastructural development to improve services necessary for a good business environment. Efficient transport, logistics, and telecommunications added with the competitive tax policy of the country help attract more investment.

Ranked as the least corrupt country in the world, NZ is known for its law and order framework. In addition to the existing trade agreements, NZ also signed the Comprehensive and Progressive Agreement for Trans-Pacific Partnership (CPTPP) making its economy more accessible and profitable. While the country boasts of a sound regulatory framework, it also boasts of being an open market economy based on fair competition free of government intervention. This means that investments are secured but not interfered in.

The credit rating agencies rate NZ in the investment grade and justify their position on the basis of economic flexibility and favorable institutions in the country. The chances of sovereign default, currency risk, banking sector risk, and political risk are extremely low, which makes investing in NZ quite a safe option.

In comparison, an economic structure risk is likely, as the country is overly dependent on external demand for agricultural, fishery and forestry products. This means that NZ is vulnerable to possible economic downturns in the US, China, Japan, and its other major South East Asian trading partners. Domestically, there are chances of a few policy changes by the Labour government which might reduce business confidence, but even then, economists maintain an overall positive growth in the New Zealand market.