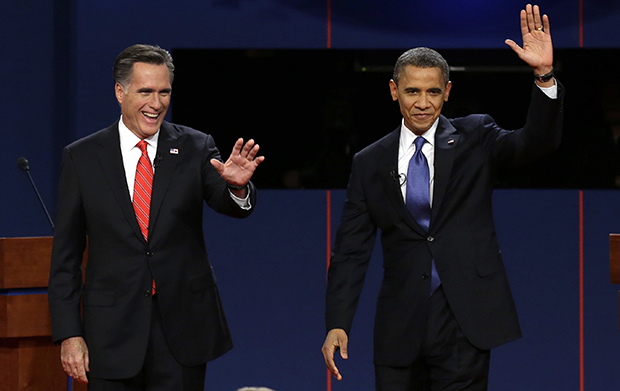 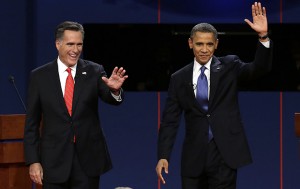 “Being President doesn’t change who you are. No, it reveals who you are”. First Lady, Michelle Obama, stated at the Democratic National Convention this Tuesday, that the values of her husband, President Barack Obama, are reflected through his political actions. “In the end, for Barack, these issues aren’t political, they’re personal. Barack knows the American Dream because he’s lived it, and he wants everyone, everyone in this country to have the same opportunity, no matter who we are, or where we’re from, or what we look like, or who we love.” As Barack Obama and Mitt Romney campaign for presidency, their differing tax views highlight their class prioritization and favoritism.

The Obama campaign has recently released an ad called “Heavy Load” addressing Romney’s tax policies and personal wealth. Obama states, “the middle-class is carrying a heavy load in America, but Mitt Romney doesn’t see it. Under the Romney plan, a middle-class family will pay an average of up to $2000 more a year in taxes, while at the same time giving multi-millionaires, like himself, a $250,000 tax cut”. Obama holds that Romney’s plans would provide large tax cuts to the wealthiest Americans, while shifting an increased tax burden to the lower and middle-classes. Obama questions whether this is “the way forward for America?”

The republican’s tax proposal calls for a 20 per cent reduction in all income tax brackets, whereby, the bottom bracket is taxed at 8 per cent instead of 10, and the top bracket 28 per cent instead of 35. However, experts from the Nonpartisan Tax Policy Centre foresee that as President, Romney would resort to raising taxes on the middle-class to pay for tax cuts of the rich.

During the Democratic National Convention many speakers emphasized Romney’s distaste toward the lower and middle-classes, and favoring America’s most wealthy. Former Gov. Ted Strickland said “If Mitt was Santa Claus he would fire the reindeer and outsource the elves”, Newark Mayor Corey Booker continued to add that America is faced with the choice between the Republican policy offering a “country of savage disparity favoring the fortunate few”, or the Democratic goal of equal opportunity for all. Obama has previously cut taxes for middle-class families and small businesses, extending to 95 per cent of working families. He has signed 18 tax cuts for small businesses and extended the payroll tax cut for all American workers and their families, putting an extra $1000 in the typical middle-class family’s pocket.

In contrast to Romney, Obama maintains that America’s budget will not allow the nation to have an adequately funded government and low taxes for the rich, holding that millionaires should not have a lower effective tax rate than their secretaries, and should pay at least 30 per cent of income to federal taxes.

America’s current President plans to allow the Bush tax cuts to expire for American families with income of more than $250,000 a year, returning them to the rate paid under Bill Clinton (39.6 per cent as opposed to Romney’s 28 per cent). For households earning between $500,000 and $1 million, Obama wishes for tax to average at more than $21,000, and for 98 per cent of Americans who make less than $250,000 a year, Obama is calling on congress to extend tax cuts for the upcoming year. The debate surrounding America’s rich affects around 2 per cent of households yet carries vast implications; the budget deficit cannot be fixed solely by taxing the rich more. However, it could indeed cause a meaningful dent in the process.

Democrats also placed focus on Romney’s questionable refusal to issue tax forms. Senate Majority Leader, Harry Reid disclosed, “we learned that he pays a lower tax rate than middle class families. We learned he chose Swiss bank accounts and Cayman Islands tax shelters over American institutions. And we can only imagine what new secrets would be revealed if he showed the American people a dozen years of tax returns”.

An article published by the CNN reads ‘ the Democratic platform focuses on improving the economic situation for middle-class Americans… that directly contrasts with the Republican platform’. The democrats opened their three-day national convention by presenting a clear contrast with Republicans to help President Barack Obama prevail over a slow economic recovery, win a second term, and to portray Romney as out of touch with the everyday struggles of most Americans.