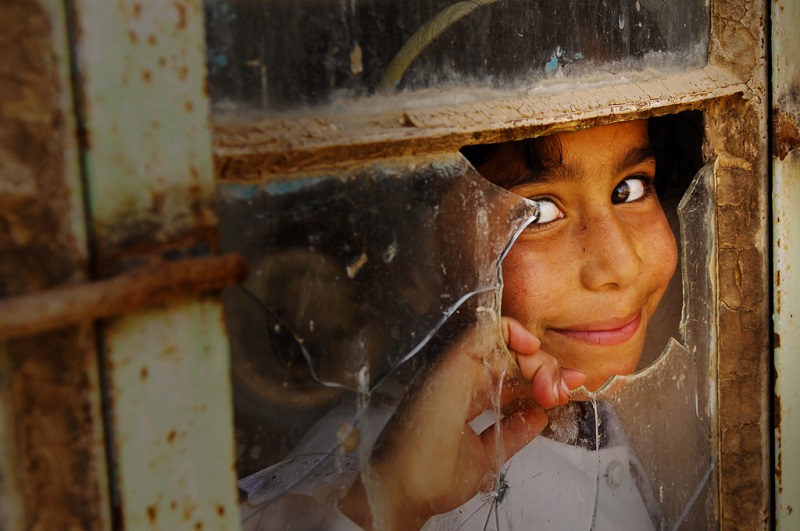 An Iraqi school girl peeking out of the broken glass window

Although most news about Iraq continues to be about the fallout from the second Gulf War and the persistent encroachment of ISIS, the country’s economic reconstruction is making progress in some areas.

Iraq’s oil output, the main driver of its economy, is at or near record highs, helping to drive OPEC supply to three-year peak.

The country is exporting 3.11 million barrels per day, up from 2.98 million barrels per day last year. Although oil prices have been low since OPEC opted to maintain supply in the face of falling demand, this production has meant that petroleum exports contributed US$84bn of value to the Iraqi economy in the past year.

This figure represents 38% of Iraqi GDP and almost the entirety of the country’s export value.

Iraqi exports are some of the least diversified in the world.

International sales of fruit, sheep leather, precious metal scraps and excavation equipment together represent the less than 1% of non-oil-derived exports from Iraq.

While the majority of Iraqi oil production derives from the south of the country primarily around Basra, foreign investment in semi-autonomous Kurdish-controlled northern region is being led by virtual office provider Regus.

The new facility is located in Erbil and marks the company’s entry into its 105th market.

With this in place, the hope is clearly that other foreign businesses will begin to enter the local market with a lightweight, exploratory presence.

To fund further investment and compensate for continued weakness in oil prices, Iraq is issuing US$5bn of medium-term sovereign debt later this year.

The dollar-denominated notes are also designed to draw out foreign currency presumed to have been “hoarded” by the population, but the fundraising still won’t plug the 25% deficit in the country’s US$100bn budget.

To meet these funding needs, a further US$5bn international bond offering will be added to loans from the IMF and World Bank, with the remainder being drawn from the Central Bank of Iraq’s dwindling international currency reserves.

If your business is looking to invest directly in Iraq by expanding into the country, Healy Consultants Group PLC can guide your firm through the process. Our experts advise on company registration, project manage the licensing process and can assist the other items required to commence operations including finding office premises, preparing accounts and tax returns, and hiring staff. Contact us at to learn more.

Image source
Iraq by The U.S. Army via Flickr under CC BY 2.0.