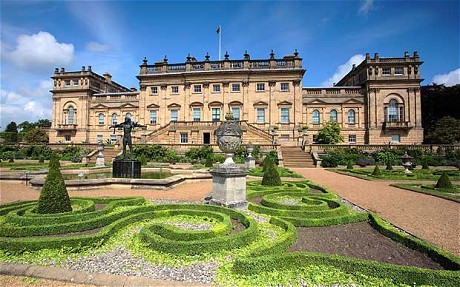 Britain’s Prime Minister, David Cameron, has ruled out the “mansion tax”, however, he vows there will be “further action to ensure rich people pay their fair share [of tax]”.

Chancellor George Osborne also confirmed that the Conservative Party are to reject the Liberal Democrat approach to tax property of over £2 million, along with an annual levy on wealth, reporting that such ideas are not the right way to obtain greater fiscal contribution from the rich.

Despite Cameron and Osborne’s strong rejection of ideas advocated by the Lib Dems, they fail to specify any detail on how top earners are to increase their contribution as the government struggles to pay off the nation’s deficit.

The Prime Minister justified his refusal of mansion tax by reasoning that if people worked hard, saved, invested in property, and paid down their mortgage, the UK should not “be a country that comes after you every year with a great tax, and so that’s not going to happen”. Cameron refused to provide an alternative tax solution, however, stressed the affluent had already been disproportionately targeted by The Treasury, as they are paying a greater percentage on their total income than they ever did under the previous Labour government.

Osborne echoed Cameron by stating, “so we’re not going to have a new mansion tax, nor do I think it’s sensible to have a wealth tax in the sense of a sort of tax on your wealth levied annually. Other countries have tried that and it hasn’t work, and it’s driven enterprise and investment abroad”.

The two senior governmental figures turn their focus to address the welfare system. Osborne spells out that “frankly you’re not a serious contributor to the debate about how to deal with debt and deficit if you think it can exclusively be done by taxes on the rich”.

The Prime Minister and Chancellor’s decision has stirred uproar among the Lib Dems. Lib Dem peer, Lord Oakeshott furiously described the mansion tax rejection as a “disastrous own goal to back millionaires against Middle England”.

Osborne however stressed that a fair society stems from fairness across the welfare state. “Its not just about the money, it comes back to fairness and to enterprise. How can we justify the incomes of those out of work rising faster than those in work?

How can we justify giving flats to young people who’ve never worked when working people twice their age are still living with their parents because they cant afford their first home?

How can we justify a system where people in work have to consider the full financial costs of having another child while those out of work don’t?”

Osborne is clear he wants to see a £10 billion cut in spending, and efforts to make the rich pay more will not be done to simply “appease Liberal Democrats” as “you can’t just balance the budget on the wallets of the rich”.

The ‘fairest tax system’ debate will probably go on forever but what are your views?  Is the graduated income tax system the best, is it necessary to have so many different taxes and is it unavoidable that society’s highly wealthy will pay higher tax  levies, not just the UK but the rest of the world also?