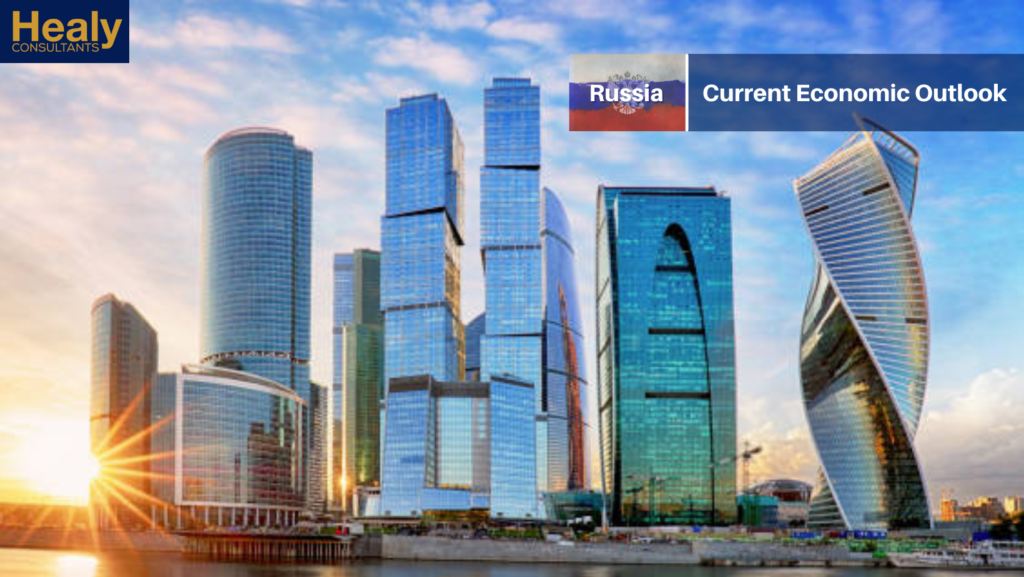 Although in Q1 2021, GDP contracted just 1% compared to Q1 2020, Russia’s economy did not manage to escape the ravages of Covid-19. Overall, GDP contracted 3% in 2020, reaching its lowest level in 11 years. As global oil and gas prices tumbled, Russian state coffers – which rely on oil and gas exports for 80% of income – were decimated. Furthermore, interest rates were slashed to an all-time low of 4.25% during the year.

In 2021, the dark clouds hanging over the Russian economy showed some silver linings. The World Bank predicted GDP will expand 3.2% for the year as the worst effects of the pandemic receded and oil prices gained lost ground as global demand recovers.

Despite the positive short-term outlook, Russia continues to fall short of its economic potential. Major structural inequalities and deficiencies still exist, highlighted by a dogged dependence on oil and natural gas export revenues (in Q1 2021, this was to the country’s benefit as the value of exports rose by 19% to US$35.71 billion on the back of rising oil and gas prices), as well as the fact that almost half of the economy remains in state hands, including the energy, banking, defence and transportation industries.

Russia’s economy has been in stable, if unspectacular, growth mode over the last five years, with 2020 being the only anomaly. Once the godfather of socialist central planning, the country is now defined as an upper middle income mixed economy and had relatively low debt until 2020. Due to Covid-19, Russia’s debt rose 40% to US$73 billion. Russian per capita GDP is also growing. In 2020, it reached US$1.47 trillion, compared with US$1.28 trillion in 2016.

While on a political level, Moscow’s relationship with China is as strong as ever, but bilateral trade is stagnating. That said, the value of cross-border trade between the two countries topped US$100 billion for three successive years before 2020. Russia is one of China’s top energy sources, and Russia is China’s top trading partner for the eleventh consecutive year in 2021.

Moscow is slowly opening its doors to foreign investments. In December 2020, foreign direct investment (FDI) levels were up US$3.9 billion compared to the previous quarter. Foreigners can also assume 100% ownership of a local Russian company, with almost no sector out of bounds.

Yet doing business in Russia is challenging for foreign investors. The World Bank ranks the country, a decent 40th in the world for ease of starting a business. It fares considerably worse in terms of protecting minority investors (72nd) and trading across borders (99th).

The labour force is productive, especially agriculture, forestry and hunting and science and technology. Literacy rate is almost 100%. In 2019, there were more than 11 million immigrants living in Russia, making it the world’s second largest migrant destination.

Russia’s economy has proven surprisingly resilient to global geopolitical volatility in recent years, and during the Covid-19 pandemic, Moscow provided aid to other countries.

The respected Economic Intelligence Unit (EIU) highlights Russia’s resilience to economic shocks. It says Russia’s economy continues to surpass the expectations of economic forecasters and even the Russian government during a global economic recession.

Investors will, however, need further reassurance that political stability will translate into opportunity and greater protection for their investments. The political party, United Russia, has a stated aim of vanquishing ‘economic backwardness’ in its ‘Go Russia’ long-term vision. Quite how such a strategy plays out will be watched keenly by investors.

Having weathered the Covid-19 storm better than most, the question now is: can Russia reach its true potential? To do so, it will need to overhaul an economic model which still carries baggage from the Soviet days and tap into a new spirit of adventure and entrepreneurship, powered by some of the world’s most bountiful natural resources.