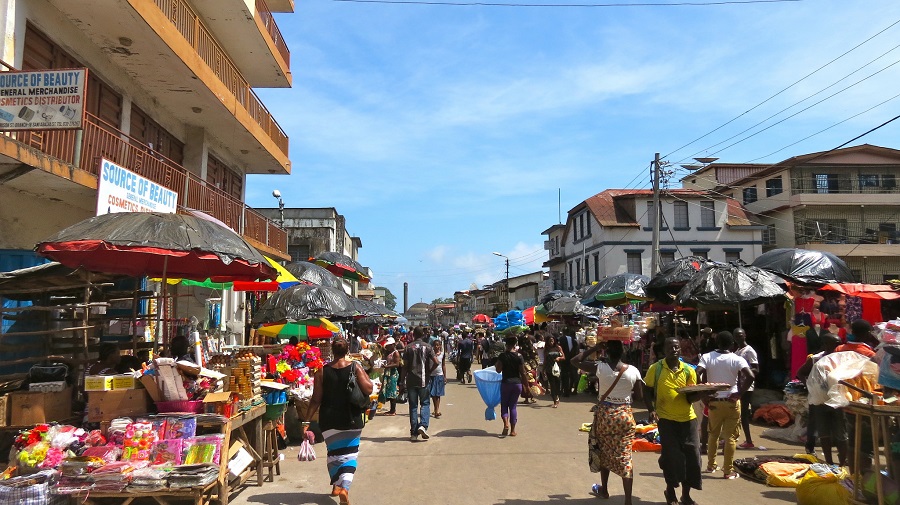 Sierra Leone, a country that has emerged from a decade long civil war that left the country’s infrastructure and economy in the ruin has arisen as a promising nation post-civil war ending in 2001.

The nation has benefited from the stability and growth after years of devastating conflict, with the help from the country’s elected President Ernest Bai Koroma who is now serving his second term that has been instrumental in governing one of the poorest nations into a nation full of progress.

The President has boosted the perception of the country and in turn generated large amounts of foreign investments by offering investors liberal trade policies and investor friendly laws leading it to be a gem in the West African region and one that is striving to shed away the years of civil conflict that left the country in turmoil.

The country’s vast improvements in business and economic outlook hit a wall, during the end of 2014 where the nation had to battle the Ebola outbreak that haltered its progress. After the eradication of the Ebola outbreak, the country has again shown promising signs of emerging as a player in West Africa with its abundance of natural resources such as large deposits of diamonds, gold, copper, nickel and iron ore. This combined with the governments liberal policies towards foreign investment and ease of doing business has seen a growth of business that is a pillar for a strong and stable economy.

The country is currently ranked at 76 of 185 in terms of ease of starting a business by the World Bank and it takes an average of 12 days to register a company now as compared to the years of conflict where it would take nearly a month and involve a large number of lawyers. According to the Doing Business Survey (2016) Sierra Leone ranks 147th out of 189 countries. The government is currently trying to increase the overall business environment by boosting sectors such as energy and infrastructure and fostering investment to improve the business climate and easing access to finance.

The Sierra Leone Investment and Export Promotion Agency (SLIEPA) is the country’s official agency to assist and inform investors and exporters, by providing informative consulting in terms of planning and establishment of business operations, with guided professionals that foster the development of the nation. The opportunities to invest in Sierra Leone are in its abundance as the nation seeks to bloom, the top three investment opportunities in Sierra Leone lies in i) Mining, ii) Infrastructure and iii) Energy. Each of the industries contain various prospects which are detailed below;

The nation has large deposits of diamonds, gold, copper, nickel and iron ore amongst other various commodities. With the creation of a certification systems of diamonds and gold and a state-of the-art mining cadaster systems, the nation stands to benefit with nations such as China and India increasingly investing in Sierra Leone.

The government is actively seeking investors to boost and bolster the countries infrastructure including its rail, marine transport, telecommunications and tourism industry amongst others. The Investment Authority provides incentives to potential investors to facilitate the growth of infrastructure and large MNC’s have begun to establish their business in the country and this is likely to continue over the next decade.

The years of turmoil has taken a significant toll on the Energy sector in Sierra Leone, the Government has recently made extensive changes including the sacking of the Minister of Energy to increase the overall electrification process and to generate more energy projects for the nation. The President has stated that he is open to foreign investors entering the energy sector, and helping the nation to develop its renewable energy sources, seeking to ease the process for business to enter this particular market.

Sierra Leone, since 2001 at the end of the civil war, has steadily progressed and developed as a nation emerging from its war torn past to one that is deemed as a shimmering light in West Africa. The nation has bounced back steadily from the worst recorded Ebola epidemic in Africa and seeking to place its foothold in the world’s economy today. It is an exciting time for the nation as it looks to bolster foreign investment and develop this poor nation in Africa to one that is rife with opportunities for local, regional and foreign business men and woman, looking for an exciting opportunity in a stable, developing nation.

If you would like further information regarding business set-up in Sierra Leone, please refer to Healy Consultants Group PLC webpage on starting a business in Sierra Leone;