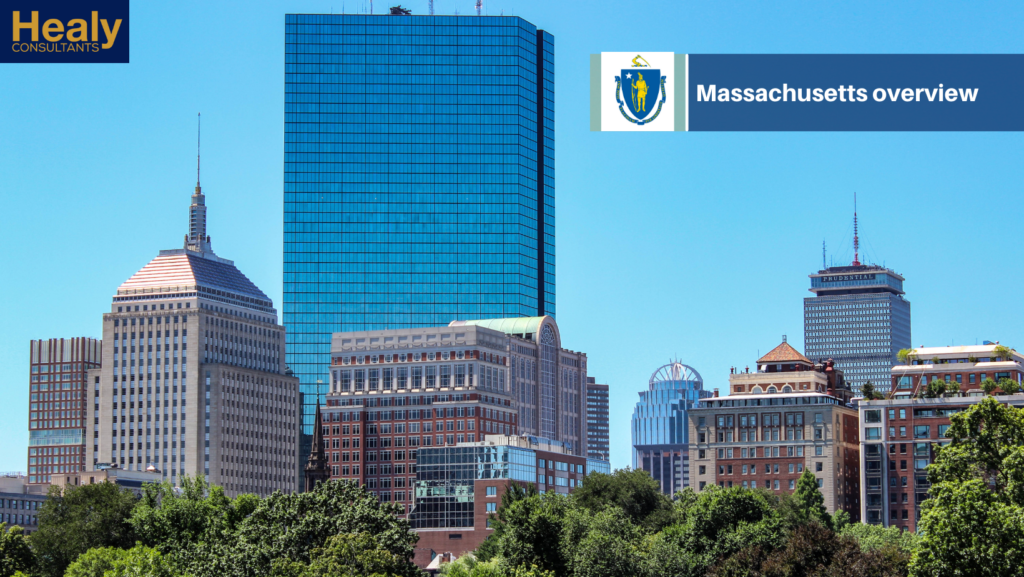 The State of Massachusetts is located in the northeastern region of the United States. It is the 15th populous states in the U.S, neighboring Connecticut, Rhode Island, New Hampshire, Vermont and New York. According to GOBankingRates, Massachusetts ranked 15th on the list of best places to do business in, due to its high income and education level. Harvard University and Massachusetts Institute of Technology are both located here. Consequently, the most important sectors in these states are sectors that require intense technology investments such as information technology, biotechnology, finance, energy and defense. Unsurprisingly, some of the most successful companies in these fields are based in Massachusetts.

Biogen is founded in 1978 in Geneva, Switzerland by Kenneth Murray, Heinz Schaller, Charles Weissmann and Nobel Prize winners Phillip Allen Sharp and Walter Gilbert. Biogen is the 3rd largest biotechnology company in the world. It specializes in the discovery, development, and delivery of therapies for the treatment of neurodegenerative, hematologic, and autoimmune diseases to patients worldwide.

Biogen has the leading portfolio of medicines to treat multiple sclerosis (MS), spinal muscular atrophy (SMA) and is at the forefront of research into new medicines for neurological and neurodegenerative conditions such as Alzheimer’s disease, Parkinson’s disease, and amyotrophic lateral sclerosis (ALS).  Some of Biogen’s most well-known products are Avonex, Fampyra, Plegridym, Tecfidera and Spinraza….

Liberty Mutual Group, founded in 1912, is a global insurance company. It is the 4th largest property and casualty insurer in the United States. Liberty Mutual ranks 76th of the Fortune 500 list of U.S companies by revenues. The company has operations in various countries and regions across the globe including Argentina, Brazil, Chile, China (including Hong Kong), Colombia, Ecuador, India, Ireland, Poland, Portugal, Russia, Singapore, Spain, Thailand, Turkey, the United Kingdom, Venezuela and Vietnam.

Eversource Energy is a publicly traded company headquartered in Boston. The company was founded in 1966 and previously known as Northeast Utilities, which mainly served the Connecticut, Massachusetts and New Hampshire market. It is the largest energy provider in New England, with revenue of about US$ 7.6 billion in 2016 serving over 3.6 million customers daily.

Raytheon is the largest producers of guided missiles and fifth largest military contractor in the world. The five main business divisions of the company are Integrated Defense Systems; Intelligence, Information and Services; Missile Systems; Space and Airborne Systems and Force Point.

In 2015, Raytheon employed approximately 63,000 employees worldwide and had a total revenue of over US$ 23 billion. The company works closely with the U.S. Department of Defense, and has international operations and owns research facilities in Australia, Canada, Japan, Spain, UK and France.

If you are interested to start a new business in Massachusetts and ready to build the next biggest company in your respective industry, do not hesitate to contact Healy Consultants at email@healyconsultants.com. For over a decade, we have been dedicating our expertise to help business owners around the world to incorporate their companies, open bank accounts, apply for business licenses and more. Learn more on how you start a business in Massachusetts (here).