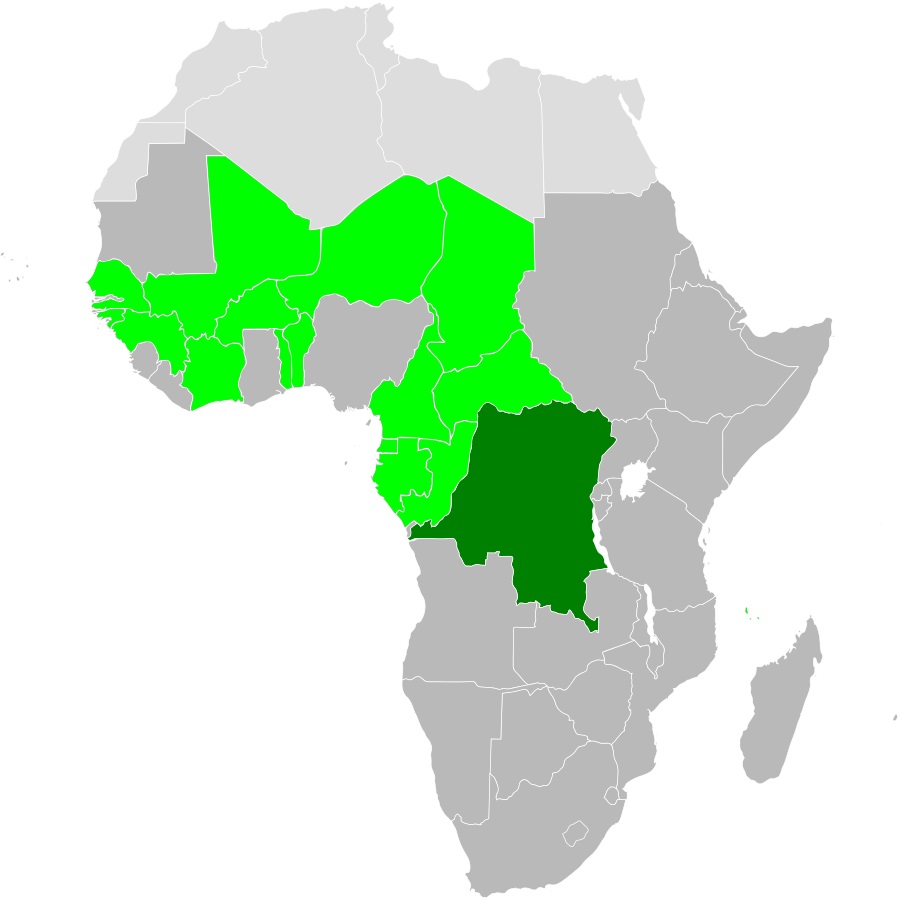 Map of Africa with OHADA member states in green.

Law and language are often tied up in colonial history across Africa. The French and British had particularly broad influences on the continent, and these languages continue to be in wide use in business in many African nations.

Togo, along with many other countries in west and central Africa, is French-speaking. Many of these Francophone countries are ripe for investment, and sixteen nations (not all French-speaking) have banded together to simplify business law and the foreign investment process in a region known for government bureaucracy, inefficiency and corruption. This initiative is known as the Organization for Harmonization of Business Law in Africa, or OHADA.

OHADA and its role

Many countries have entered into agreements with each other to ease trade and investment between members. One example of this is in English-speaking parts southern Africa, with the world’s oldest customs union between Swaziland, South Africa, Botswana, Lesotho and Namibia. The European Union has taken this further, adding supragovernmental institutions atop a customs union.

To facilitate this, certain areas of law have been harmonized through directives and regulations. However, each country in the EU maintains its own commercial law and system of company law; only specific matters relating to harmonized areas are handled by EU courts, with the bulk of decisions being made at the national level.

This is where OHADA is unique, creating a unified system for business law and company registration in 16 countries. Not only has the organization succeeded in improving consistency within the region’s commercial law, but also it has modernized these countries’ outdated business laws.

Perhaps most importantly, OHADA has introduced a universal commercial code to its member states, meaning that investment requirements and company administration are the same in one country as in the next. This clarity makes it easy for businesses to start operations in one OHADA country and expand across the region, promoting international trade.

To help ensure the consistency of interpretation of the OHADA commercial code, the organization provides a single Supreme Court OHADA provides a single Supreme Court for its member states, along with training for judges at the national level. By creating this single court and providing centralized training for judges, conflicting legal interpretations between OHADA members cannot persist, reducing cross-border compliance issues.

In addition to providing a centralized commercial court system, OHADA maintains its own arbitral tribunal for business that prefer to resolve disputes through arbitration.

Starting a company in Togo under OHADA rules

Togo company registration is managed through a one-stop-shop system, administered by the Centre de Formalities des Enterprises (CFE). The CFE can set up a SARL, the most basic and most common business entity in Togo, in 24 hours.

The OHADA commercial code requires only one shareholder and one director, with capital of 1 million West African CFA Francs, which are pegged to the euro. The share capital requirement is therefore equivalent to €1,525. This currency is used by Togo, Benin, Senegal, the Ivory Coast and four others.

Although a local office address is required, the OHADA rules do not require a company secretary or a resident director. This means that investment by foreigners is straightforward in Togo and other OHADA member states.

To learn more about incorporating a company in Togo or another OHADA country, visit Healy Consultants Group PLC’ website or write to our expert team at .