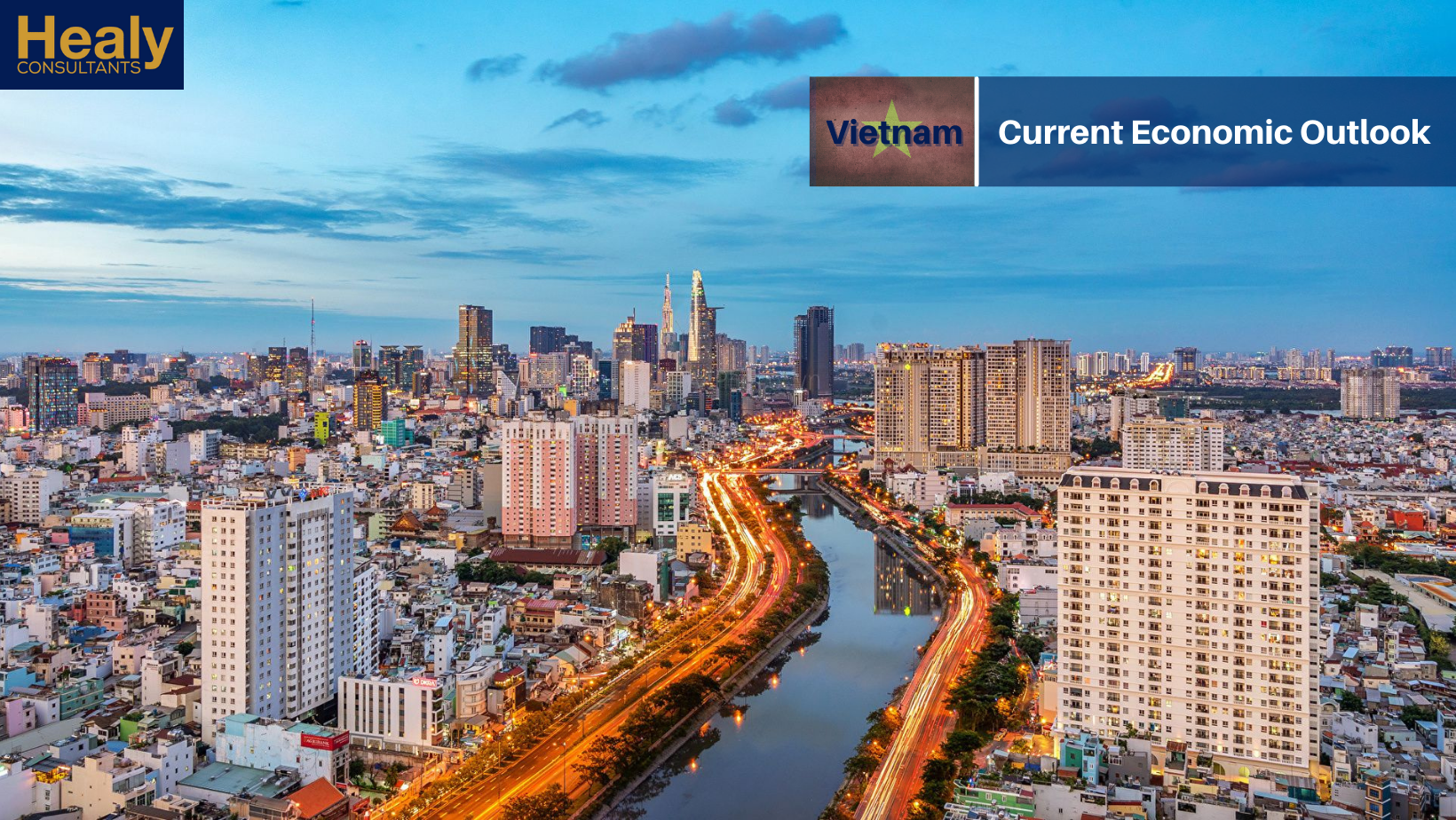 Vietnam may have only the fourth largest economy in the Association of South East Asian Nations (ASEAN) bloc, but its global star is rising. In Q1 2021, GDP expanded 4.48% year-on-year, driven by exports. The country’s burgeoning reputation – it registered average GDP growth of more than six percent in the five years before the 2020 global pandemic tsunami – has been enhanced by its deft and decisive handling of Covid-19. Where other regional economies faltered in a Covid-ravaged world, Vietnam’s doors remained stoically open for business, enabling the country to steal a lead over rivals near and far.

It’s not all good news. Structurally, Vietnam’s economy is inefficient and highly dependent on industry and manufacturing. In Q1 2021, that has been a boon – the value of the nation’s exports surging by 22% to US$77.34 billion, creating a US$2.3 billion trade surplus into the bargain. While some barriers to entry remain, foreign direct investment was nonetheless up 6.5% in Q1 2021, compared to Q1 2020. The IMF estimates  overall 2021 economic growth will be 6.5%, outperforming most other regional players.

In recent years, Vietnam has become a southeast Asian economic powerhouse, albeit from a low base. Average GDP growth has been not far off 7% in the last five years, not counting the 2020 hiccup. The country is hurtling towards becoming a middle income economy by 2025. An increasingly affluent middle class is developing a taste for consumerism – cars, electronics, home furnishings – many ironically assembled in Vietnam.

The government’s former vice-like grip on the economy is loosening. Where it was once a dead end for foreign investors, Vietnam is pursuing a more liberal policy today. While the carpet being rolled is more pink than red, foreigners can at least assume 100% ownership of a local company, with almost no sector out of bounds.

Vietnam is a clear winner in the China-US trade war fallout. Whether by design or default, Hanoi has positioned itself as a cheaper, more stable alternative for international manufacturers than its giant neighbour to the north. Labour costs in Vietnam are, indeed, just a fifth of those in China, and renting a warehouse in Ho Chi Minh is 25% less than its equivalent in Shanghai.

Some multinationals already see the strategic benefits of Vietnam. In late 2020, it was reported that the assembly of some Apple iPads and MacBooks would shift from China to Vietnam in H1 2021, following in the footsteps of the likes of Korean giants LG and Samsung. Electronics made in Vietnam will meet demand from the US, which accounts for about one quarter of the countries electronics exports.

To help Vietnam trade more efficiently, logistics and transport networks are the subject of massive spending programs. Indeed, no country in southeast Asia currently spends more than Vietnam on railways, roads and ports. By 2030, it is estimated the country will spend US$480 billion on infrastructure. If this grand ambition were to become reality, the so-called transport and logistics Master Plan will enable Vietnamese companies to capitalise like never before on low- and zero-tariff trade agreements the country has signed with the likes of the European Union, ASEAN and Hong Kong.

The extent to which Vietnam can reap the rewards of moving up the value chain will depend on whether the government can tackle crucial issues which deter investors.

Setting up a company is a tangled web of cumbersome bureaucracy, involving multiple procedures and multiple government agencies. Labour productivity is very low by international standards, and trade unions hold sway. Multinational investors can often not find locally the talent they need, and are forced to import expensive foreign skills, raising business costs significantly. Compared to advanced Asian economies like Singapore and Taiwan, Vietnamese computer literacy is poor. And all this against the big, looming elephant in the room: corruption. Vietnam ranks high on corruption indices.

The respected Economic Intelligence Unit places strong emphasis on Vietnam’s long-standing political stability. In fact, the EIU says this will be a key foundation in an improvement in the country’s business environment up to 2024. Political stability should also translate into improved international trade relations, with enhanced agreements possible not only with fellow ASEAN member states but also the EU and the USA. Vietnam is also one of the states proposing the Trans-Pacific Partnership, a massive regional trade grouping.

Investors will need more reassurances that stability will translate into opportunity and greater protection. While in theory Vietnam welcomes foreign investment, in practice it places many hurdles in the way. While in theory Vietnam is bound by World Trade Organisation (WTO) rules on protecting intellectual property, in practice it has a deserved reputation as a land of imitation goods. And while in practice the government offers attractive tax incentives for foreign investors, in practice the system is a navigational minefield, with companies required to make no less than 32 different corporate tax payments every year. The government also retains a firm grip on foreign currency transactions.

International credit ratings agencies take an overall favourable view on Vietnam. In March 2021, Moody’s changed its sovereign credit rating outlook from negative to positive. It affirmed the debt grade at Ba3 on the back of an improving economy and fiscal consolidation. It also sees Vietnam as a winner in a post-Covid world.

Standard & Poor’s, meanwhile, places the country at BB with a stable outlook, the same as Fitch.

With this in mind, the risks of sovereign default, currency devaluations, banking sector stability and political turbulence are considered low. According to the agencies, investing in Vietnam is less risky in the current environment than in many other countries.

Having weathered the Covid-19 storm better than most, Vietnam’s star is in the ascendancy. The question will be: can it truly seize the moment?