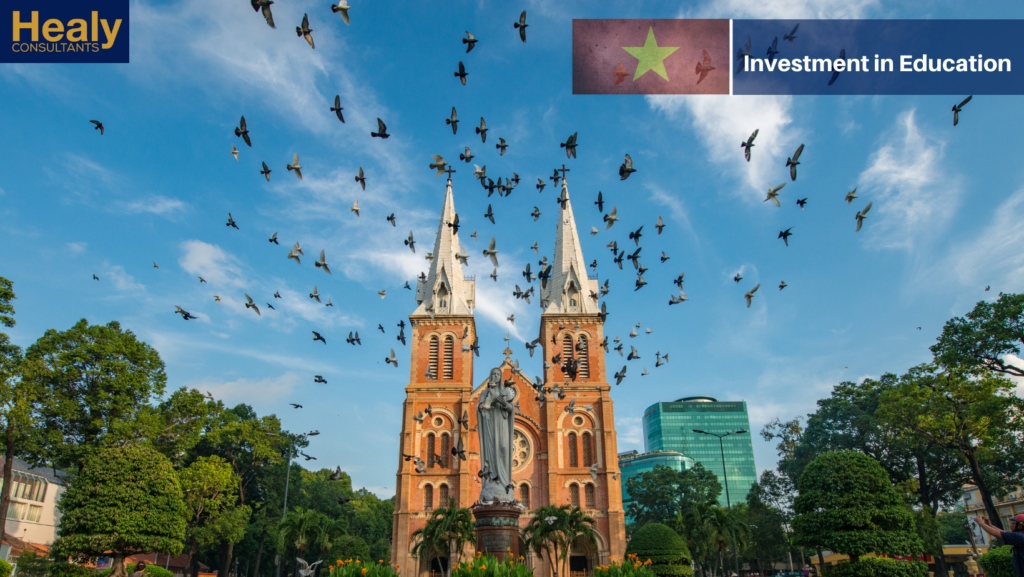 Since 2000, Vietnam have experienced an averaged GDP growth rate of 6.19 percent, placing the country among the fastest growing economies in the world. Vietnam defies Asia’s slowing economy growth and remains today one of the world’s best actors as manufacturing countries. In 2016, the Foreign Direct Investment reached of US$15.8 billion (read more).

The availability of a young and cheap population, together with its geographic location, political and economic stability and favorable Government policies, are the main factors that have been attracting foreign investment to Vietnam in recent years. The country has been able to compete, and even overtake China as the destination of labor intensive manufacturing companies due to these qualities.

However, Vietnam’s labor force is unqualified, with around 78% of the entire labor force haven’t received any qualification whatsoever. While this has allowed Vietnam to maintain a lower labor costs than its neighbors (especially China), it will also restrict the country’s ability to attract investments in high technological manufacturing.

For now, the majority of Vietnam’s FDI is directed to labor intensive manufacturing production, however, in order to be able to make a change towards high end production, Vietnam will need to invest in qualification of its citizens.

The education investment should be done especially in rural areas. Vietnam still counts with 68% of the labor force in the rural areas, and in these areas the percentage of the labor force without education is amongst the highest in the country, reaching almost 86%. Considering that the rural-urban migration is already happening, by investing in the rural areas, the Government is also investing in the future urban areas that will join the industrial and service sectors of production.

There is no denying however that this investment will impact directly the cost of labor in Vietnam, and therefore its ability of attracting labor intensive FDI. The difference between the average wage of employed workers with no education and those that have a university degree or above is currently around US$164. By investing in education, the average wage of the entire country will have to increase.

Competition from other cheap labor

Nevertheless, such change is necessary for Vietnam. The country is already suffering competition for cheap labor from other ASEAN countries such as Laos and Cambodia; and the economic benefits of high end manufacturing are bigger. It can generate higher income, and can free a sector of the labor to the service industry. Not to mention the benefits for the overall increase of quality of life that a e better qualification may bring to Vietnamese people.

Vietnamese Government should start acting now if it wishes to take advantages of these benefits in the next couple of years. Increasing the qualification of the labor force is a long-term investment that only brings palpable changes in at least 5 years. There is no time to waste

Healy Consultants is specialized in setting up companies in every country of the world, including providing of various services like, taxation, accounting, legal, HR support and local recruitment. Read more (here).