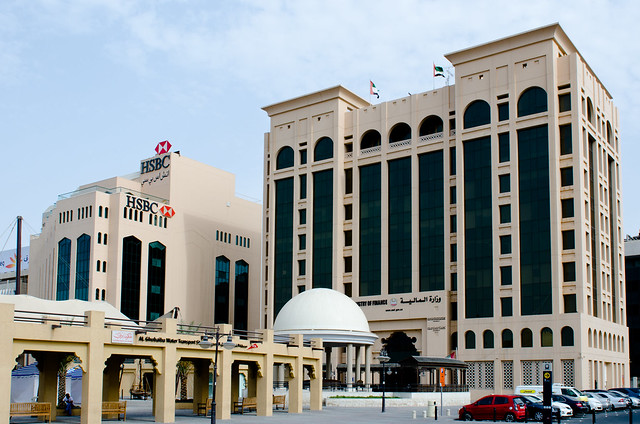 Dubai is steadily on course to be, if it has not already been, a global financial power house.

To emphasize on this point, last week, HSBC finally made a decision to relocate its headquarters from Jersey to Dubai. According to the plan, this move is bound to be completed sometime next year. The location of the headquarters will be at the strategically important Dubai International Financial Centre (DIFC).

HSBC has, for a while now, been contemplating to move its headquarters from Jersey. HSBC Middle East has been under the radar screen of the Jersey and global regulators. A recent report by the Jersey Financial Services Commission on practices at the bank from 2008 to 2012 found that it failed to detect sanction breaches, did not identify high-risk clients and did not report suspicious activities by clients quickly enough.

While the report concluded that the bank had since cleaned up its act, within weeks of the announcement, HSBC Middle East Limited announced that it will move its headquarters and place of incorporation to Dubai.

After completing the move, the bank will be under the regulations of the Dubai Financial Services Authority. However, the move will not affect its existing customers or its regulatory relationships in other countries outside of the United Arab Emirates.

HSBC will now be operating in an environment that is highly ‘aligned geographically and business wise with clients.’

The lender’s presence in the UAE dates back to 1946, so ordinarily a huge chunk of its customers is in the UAE. But even for those outside UAE, DIFC regulations allow them to be catered to ‘international standards’.

To emphasize how strategic the move is, Essa Kazim, the governor of the DIFC, termed the move as “a testament to the UAE’s role as a location for businesses to thrive”.

The DIFC has emerged as the most outstanding financial hub within the Gulf States since its inception in 2004. A number of advisory firms, insurance companies and global banking powerhouses have come to use it as their regional headquarters. HSBC Private Bank has used the DIFC as its regional base since 2006.

In the first quarter of 2015, the employees working within the free zone were more than 18,400 and the operational legal entities incorporated within the DIFC numbered at least 1,327. These figures are set to triple in size as the DIFC aims to attract at least 1,000 global top tier financial institutions and 50,000 labour force by 2024.

The DIFC does not conform to the regulations of Dubai and the wider UAE. It operates through its own court system and labour laws.

The Gulf region has a rapidly growing demand for business and financial services, and investors who are keen to tap into the market should take advantage of the range and quality of DIFC’s independent regulations, supportive infrastructure, common law framework and its tax-friendly regime.

Talk to our experts and learn more about business registration in Dubai or DIFC via email at email@healyconsultants.com or via phone at (+65) 6735 0120.

1 thought on “Why HSBC is Moving to Dubai?”