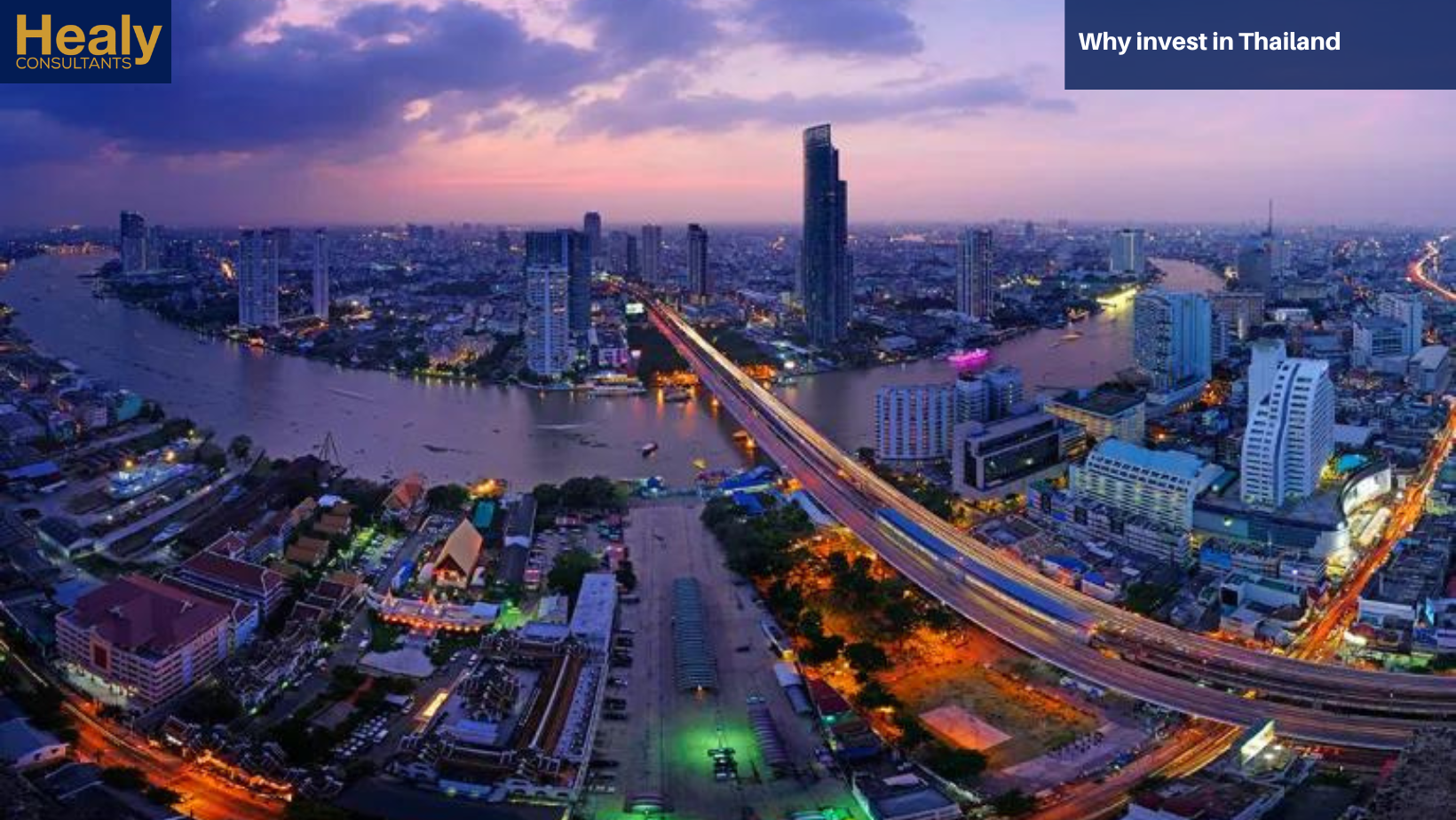 As the second largest economy in ASEAN, Thailand has always been an attractive location for foreign direct investment (FDI).

According to the World Bank, the Thai economy is expected to grow by 2.9 per cent this year. The positive economic outlook, as well as newly announced incentives to attract foreign investment, augur well for investors who are on the lookout for new opportunities in the country.

Here’s why we think now is a good time to invest in Thailand.

Thailand has introduced a program to attract more foreigners with long-term visa. Long-term Resident (LTR) Visa Program is a new type of visa under the Thai government’s initiative to stimulate economic growth by attracting foreigners into Thailand.

From 1 September, top professionals and high-net-worth individuals may start applying online to stay for as long as 10 years in Thailand. The country is reportedly aiming to attract one million wealthy or talented foreigners over the next five years.

And from 1 October, international travelers no longer need to show proof of vaccination or a negative COVID test to enter the country.

As part of its strategy to boost the economy, Thailand is encouraging more investments in its burgeoning digital economy.

The value of investment applications in the digital sector grew by 202% to 1.45 billion baht, according to the Thailand Board of Investment (BOI).

Among the latest MNCs to enter the Thai digital sector is fintech giant Stripe, which started operations in late October. Other major players in the digital payments sector include PayPal, Omise and Singapore-based 2C2P.

Another tech giant, Amazon Web Services (AWS), announced in October that it would invest US$5 billion in Thailand over the next 15 years. AWS plans to build an infrastructure hub in Bangkok that will serve its customers in the region.

According to the 2022 e-Conomy SEA report by Google, Temasek and Bain, adoption and usage of digital financial services have flourished in Southeast Asia. This was propelled by a shift from offline to online and the positive financial market conditions in recent years.

For Thailand, the overall digital economy is forecast to grow at 17% year-on-year and reach US$53 billion by 2025.

Solid Growth of Applications for Investment

Besides digital businesses, the automotive sector also saw the highest growth rates during the first 6 months of 2022, according to the BOI.

Investment applications for Electric vehicles (EV) contributed to place the automotive sector on top in terms of investment value with a combined 42.4 billion baht, an increase of 212% year-on-year.

Thai and foreign companies filed a total of 784 applications for investment during the first half of the year, an increase of 4% year-on-year, while the combined investment value was 219.7 billion baht (US$6.2 billion).

During the period, 395 projects were FDI applications with a combined value of more than 130 billion baht.

Thailand’s Eastern Economic Corridor (EEC) continues to attract the biggest number of investment applications with a total of 217 projects worth over 104.9 billion baht in the first half of this year.

The EEC is the Thai government’s economic initiative that covers three Eastern provinces – Rayong, Chonburi and Chachoengsao. Developed in 2017, the economic zone is aimed at transforming the country with innovative, value-based industries.

The Thai cabinet recently approved a plan to create a free-trade zone within the EEC area. This will include future development of hotels, shopping malls and exhibition centers in the free-trade zone called Airport City.

Among the industries that the EEC promotes include automation and robotics, aviation and logistics, biofuel and biochemicals, and of course, digital.

Another key project approval was the 18-billion baht investment by PTT PCL for a natural gas production project, which is also located in Rayong.

As you can see, now is a great time to do business in Thailand. However, setting up a company or a subsidiary in Thailand can be a time-consuming task for organizations. However, with our professional advice you can get the procedure done faster than you think. We at Healy Consultants Group PLC will be happy to assist you to set up a business or subsidiary company in Thailand.

Email us to find out more: contact@healyconsultants.co