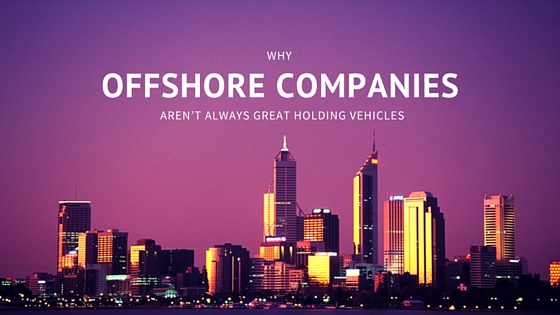 Offshore vehicles are often recommended as a tax-efficient way to hold personal assets. While this is sometimes true, it does not extend to all situations or asset classes. In particular, holding shares in international companies through an offshore structure can have unfavourable tax consequences thanks to withholding taxes on dividends.

What are withholding taxes?

Many countries impose taxes on funds being paid internationally. Since it is difficult to impose this tax liability on recipients resident abroad, the taxed amount is withheld at the source, hence the name. Withholding taxes are commonly levied on interest, intellectual property royalties and dividends, and in some cases on service income.

Why do countries charge withholding taxes?

Given that corporate profits are taxed before a dividend is declared, it can seem strange that the dividend would be taxed again before reaching international investors. However, where this income would be taxed in the hands of local investors, paying these funds internationally represents a loss for the country paying the dividends. Withholding taxes are a way of recouping these taxable amounts.

Withholding taxes are regularly reduced through bilateral tax treaties, which are typically set up to avoid double taxation. These agreements set out rules on how different types of income, including dividends, are treated when paid from one country to a resident of another. Other laws, for example the EU’s Parent-Subsidiary Directive, can govern how withholding taxes are treated in certain situations.

For personal income, the taxes paid simply shift from the country paying the dividend to the recipient’s country of residence, limiting the value of the decreased withholding tax. On the other hand, many countries have preferential tax regimes for companies receiving dividend income, sometimes giving a full tax exemption. In these cases, a reduced withholding tax makes a real difference.

Why are offshore companies worse off when it comes to withholding taxes?

Because traditional offshore jurisdictions do not levy any taxes, there has been no need for them to enter into any double taxation avoidance treaties. If there is no second tax system, there is no risk of a second layer of tax, so to make such an agreement would be wasted. The disadvantage that comes with this is that the offshore vehicle receiving the income must accept any taxes imposed by the paying country.

How much do withholding taxes affect offshore companies?

What are better options for holding companies?

Not all countries charge withholding tax on dividends, with key examples being Singapore, Hong Kong and the UK. If you plan to invest in companies located in jurisdictions that do have a dividend withholding tax, then the holding company should be resident in a country that that i) has a favourable DTA in place with the investment jurisdiction(s) to minimize withholding tax and ii) has a tax exemption scheme for dividend receipts.

Are there any offshore jurisdictions with access to tax treaties?

Yes. Some offshore locations have low-tax schemes for tax resident companies and have concluded a number of DTAs. A Mauritius GBC1 or a Seychelles CSL is therefore a good option for investment in India or certain African nations. Non-resident offshore vehicles in these jurisdictions, being the GBC2 and IBC respectively, are not eligible for benefits under DTAs.

Labuan, being under Malaysian jurisdiction, charges no tax on dividends and has access to many of the DTAs to which Malaysia is a party. Be careful when using Labuan, however, as certain Malaysian DTAs (notably its treaty with the UK) specifically exclude Labuan from their scope.