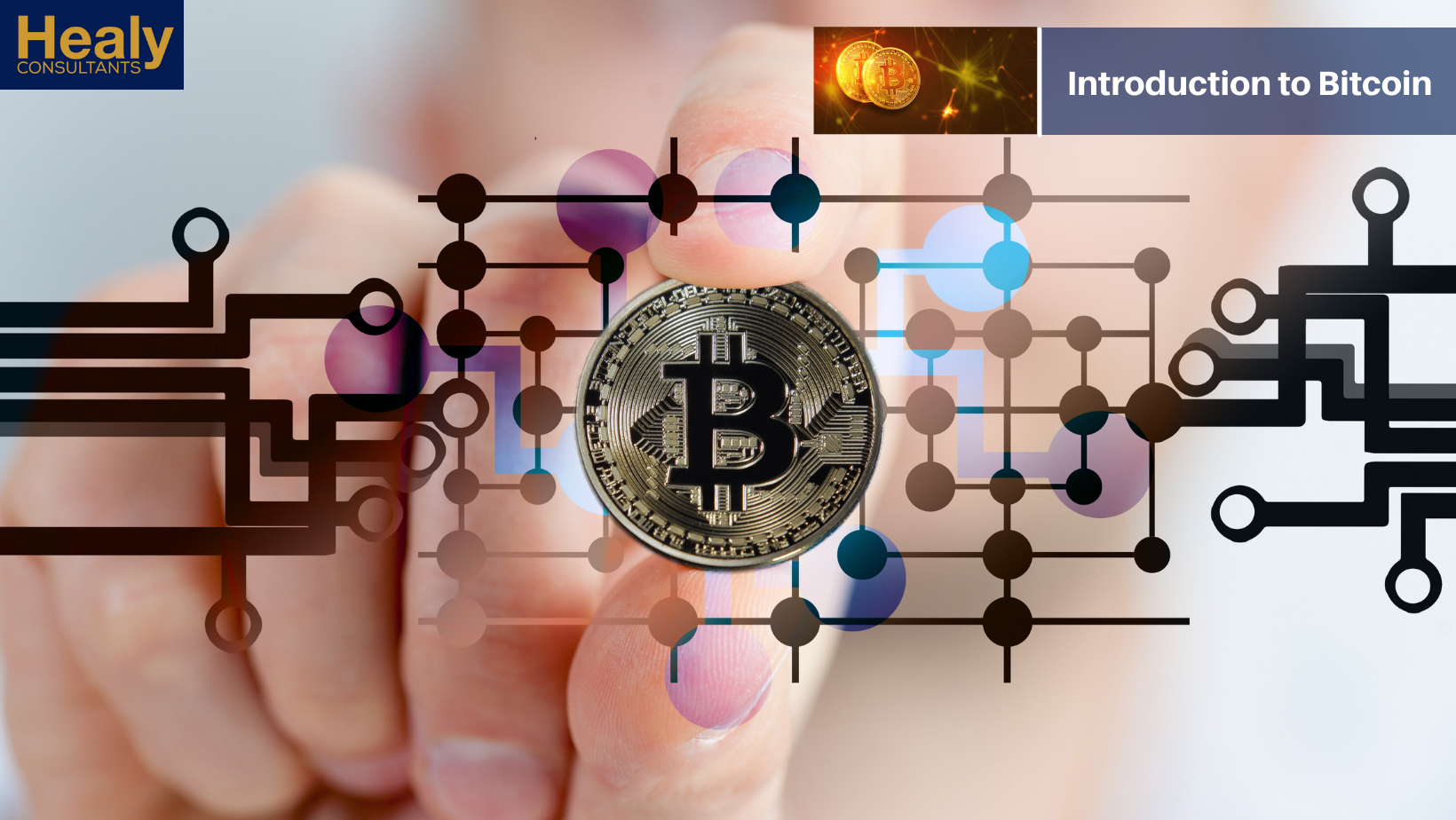 Bitcoin has become a frequently discussed topic amongst investors, entrepreneurs and traders. For a simplified explanation: Bitcoin is a digital currency not controlled by a central authority like a central bank or government. It’s created by “miners” using computers to process transactions and collect bitcoin in exchange. Amongst supporters of Bitcoin, its highlighted as a secure transaction method that rely on technology recording cryptocurrency transactions on the internet.

The beginning of Bitcoin

Early trace of Bitcoin was found in 2008, when the pseudonym Satoshi Nanamoto published a report on the concept of digital currency that he called Bitcoin (read the report here). Following this, more people started to work on the concept. Some of the early challenges of the concept was the potential double usage of same digital dollar. Such challenges raised early demands of clearinghouse to control and ensure transactions; if someone spends a digital dollar it will not be possible to spend it again and prevents risk of fraud.

How Bitcoin are “mined” and used

The specific Bitcoin software is used to validate the transaction by cracking cryptographic puzzles, and the first to solve the transaction puzzles would be awarded 50 new Bitcoins. The new Bitcoin can hereafter be stored in variety forms of “wallets” on the computer. Some of today’s largest businesses to accept the digital currency includes: Overstock and well-known Expedia. 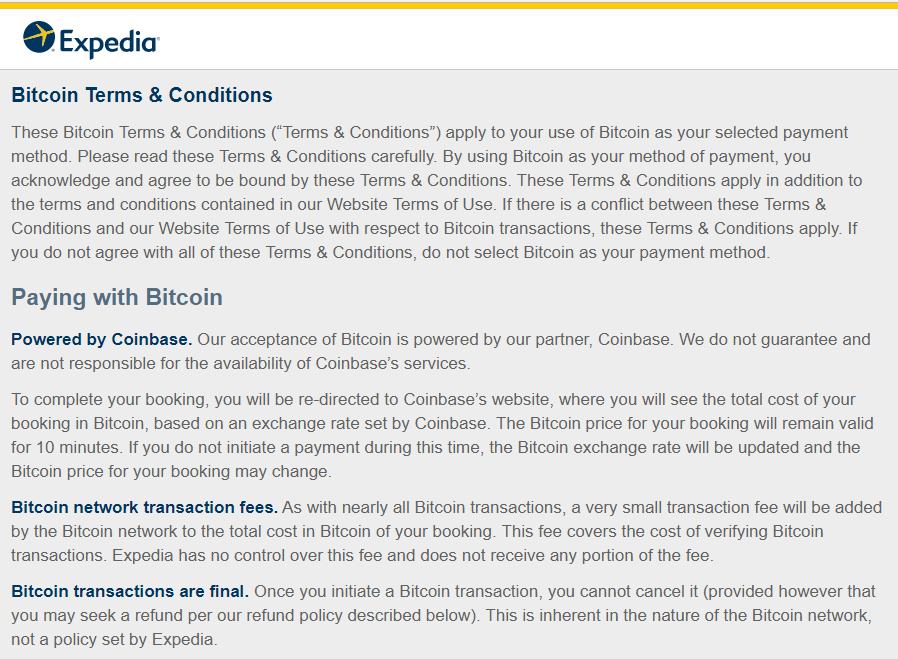 Transactions and concerns by famous investors

Infographic on other Key facts on Bitcoin 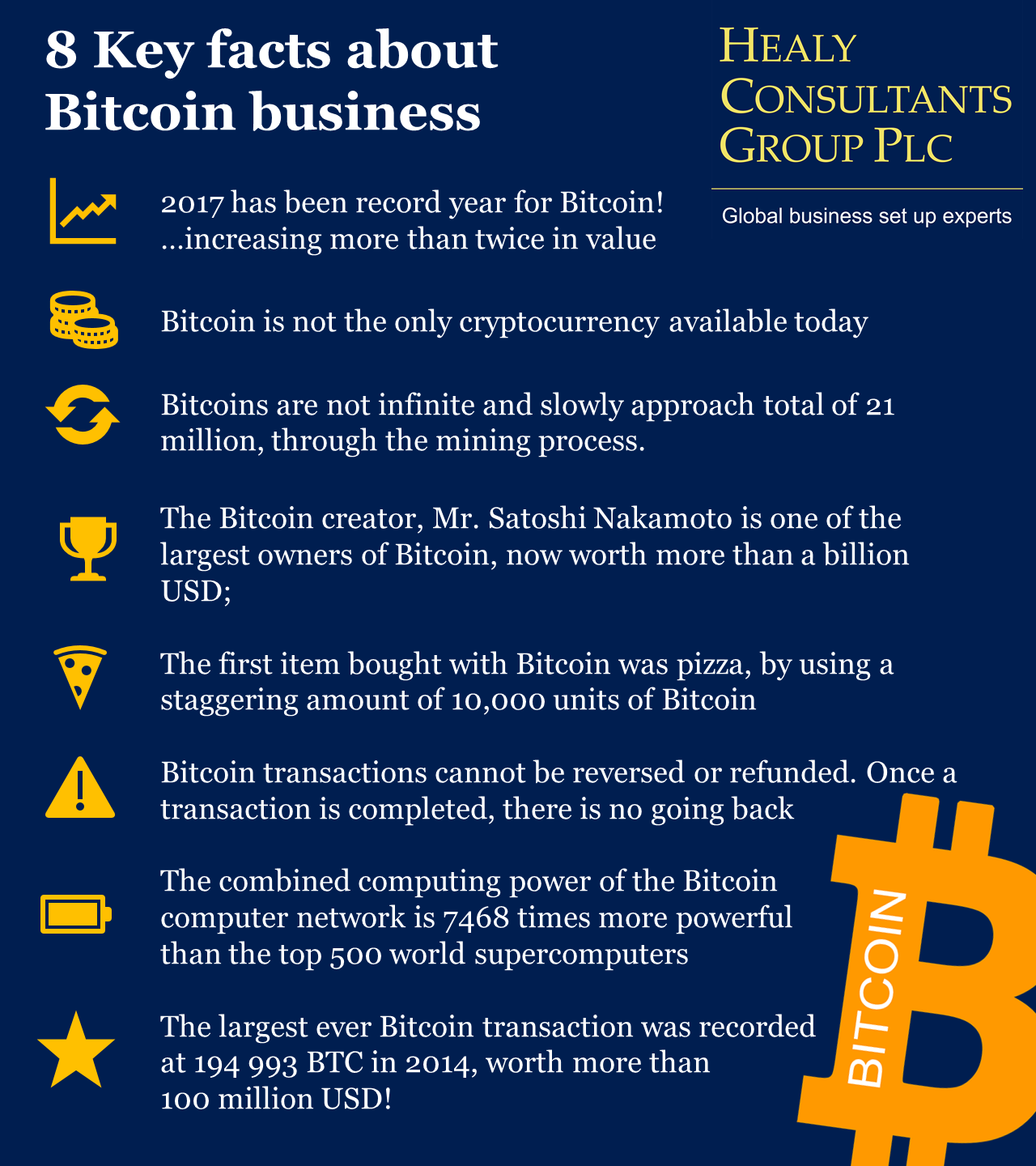 Healy Consultants have helped Clients setting up their Bitcoin business. You can write to us at email@healyconsultants.com or call today at +65 67350120!