Apart from Croatia, which joined the EU in 2013, Bulgaria is the newest member of the European Union (together with Romania, with which it joined Europe in 2007). 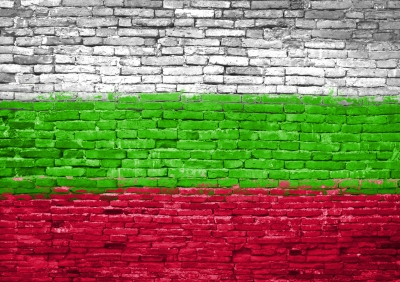 The country has not begun the process to join Europe’s currency union, and transitional arrangements governing the rights of Bulgarian citizens to live and work elsewhere in Europe only lifted at the beginning of 2014.

However, despite Bulgaria’s maintenance of an independent currency (the “lev”), the country’s exchange rate is pegged to the euro at 1.9558:1.

As a result, Bulgaria’s fate is more closely tied to that of the Eurozone than other European countries with free-floating currencies.

Foreign direct investment inflows have largely been consistent since 2014, apart from a spike of investment in 2011, which was the result of an increase in debt raising that year. 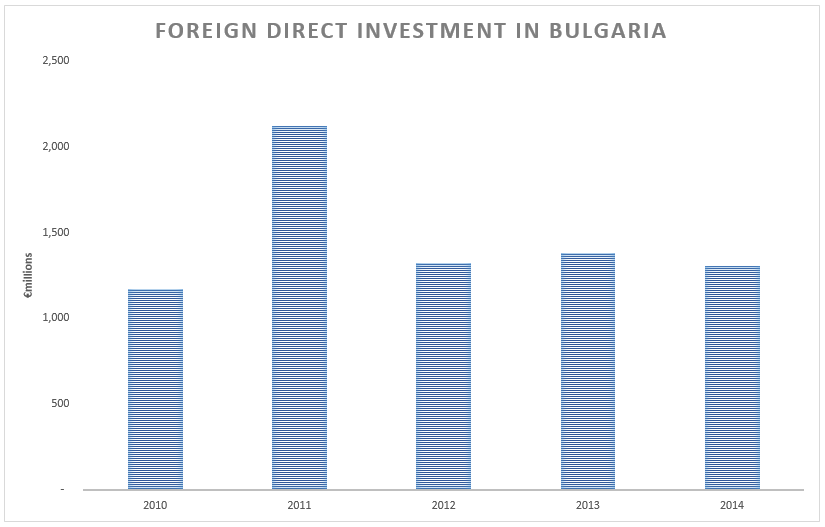 While net inflows are steady at around €1.3bn, at the end of 2014 Bulgaria had €1.8bn of capital tied up in direct investments overseas and an additional €5.5bn in foreign portfolio investments (with the majority of that figure being in debt securities).

When it comes to exports, Bulgaria benefits from the European Single Market and a lack of exchange risk with European trading partners. Consequently, 70.61% of the country’s 2012 exports went to European countries.

As Europe’s poorest country, Bulgaria has low labour costs and attempts to stimulate business activity with a low corporate tax rate of 10%. These factors have made Bulgarian exports attractive to Turkey, China and North America, together accounting for about 16% of Bulgaria’s US$26.8bn of exports in 2012.

The country’s export mix skews towards refined natural resources. Metals and mineral products together represent more than a third of Bulgarian exports, and a large proportion of the country’s imports are the copper ore and crude petroleum that feed the nation’s refining industry. Exports provide approximately half of Bulgarian GDP, which was US$52.59bn on exports of US$26.8bn in 2012.

Bulgaria’s GDP growth since the 2008 recession has been slow but is now above pre-crisis levels. With no restrictions on foreign investment and close ties to both Europe and the large and growing Turkish market, Bulgaria’s economy has strong potential for the right kinds of foreign-owned businesses to flourish.

Visit our website to learn more about expanding your business to Bulgaria.

For business services in Bulgaria, please email your queries to our Bulgaria business expert Mr. Petar Chakarov at or contact at +65 6735 0120.

Image courtesy of criminalatt at FreeDigitalPhotos.net

One thought on “Bulgaria in the global economy: FDI and exports”