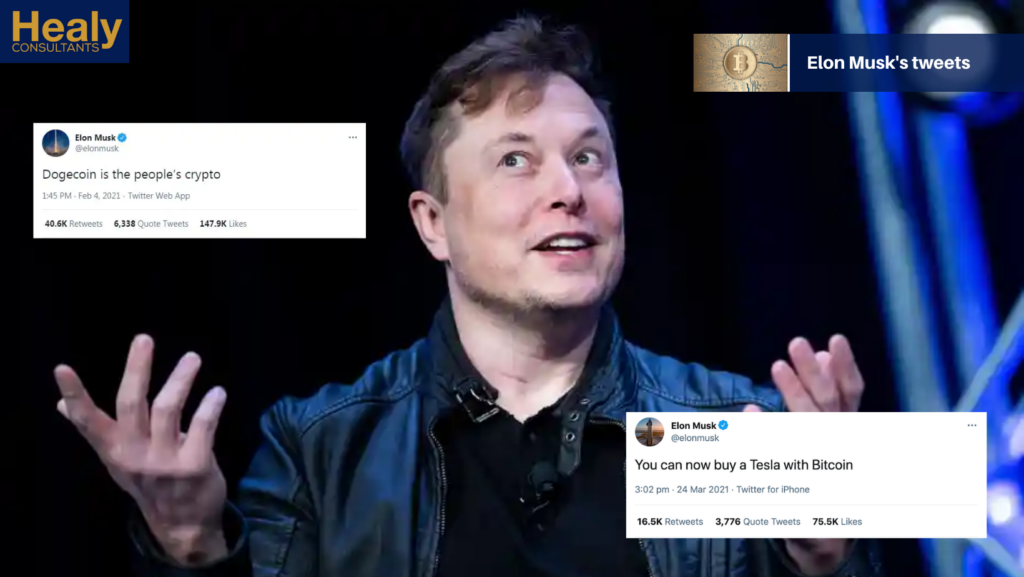 Tesla’s Elon Musk is known for his Twitter banter. The social media platform has been utilized by the billionaire tech mogul on an almost daily basis and his tweets currently reach out to 66.2 million followers. Musk’s tweets have the capability to change the tides of the markets, and investors and entrepreneurs are concerned. And rightly so.

In early 2021, Musk added a hashtag and a word to his personal Twitter bio, and Bitcoin’s value skyrocketed to more than 20%. And that was no coincidence. It was speculated that he had bought more bitcoins.

Musk’s unconventional method to move markets may actually not seem too unorthodox. Using social media, he is an influencer of stocks. However, the striking difference between Musk and influencers is that he is one of the wealthiest men in the world and is on the next level. Additionally, he is an innovator and successful businessman.

A single tweet from Musk can have a substantial, and almost instant, influence on stocks. And this could affect a lot of people negatively. It’s a totally different playing field and not everyone has the same resources as the tech mogul.

Musk’s effortless ability to move markets easily may demand attention and legal interference from regulators such as the Securities and Exchange Commission (SEC). In September 2018, he reached a settlement with SEC and paid a US$20m fine due to a tweet he posted. And Musk received no fraud charges.

In May 2020, he allegedly violated terms of a settlement agreement for his tweet yet again. SEC also mentioned that Musk did not obtain pre-approval for a 2019 tweet about solar roof production numbers. However, SEC only gave Musk a warning and continued to monitor his social media presence.
The question remains: Is this fair? Should something be done?