The United States Senate has accused Swiss bank Credit Suisse of harboring between 10 and 12 billion US dollars belonging to wealthy Americans. The money harboring would protect those wealthy Americans from the recently adopted tax laws that would help eliminate the anonymity of those who use offshore accounts.

The bank, Credit Suisse, has provided accounts in Switzerland for more than 22,000 U.S. clients totaling $10 billion to $12 billion, according to a report issued Tuesday by the Senate Permanent Subcommittee on Investigations, according to CBS News. The report describes one instance in which a Credit Suisse banker “traveled to the United States to meet with the customer at the Mandarin Oriental Hotel and, over breakfast, handed the customer bank statements hidden in a Sports Illustrated magazine.” The U.S. government has received only 238 names of U.S. citizens with secret accounts at Credit Suisse, which is only one percent of the estimated total, the investigation determined. According to the Internal Revenue Service, or IRS, between 2001 and 2008 the Swiss bank allowed American citizens to open bank accounts, and helped conceal their funds from the United States government.

The United States Justice Department issued a statement after the announcement of the Senate findings that stated they were looking into 14 Swiss financial institutions and would “indict if and when circumstances merit”. These 14 financial institutions are so far unknown to the public. The Justice Department also said that that since 2009, it has charged 73 account holders and 35 bankers and advisers with various violations related to offshore tax evasion, 11 alone from Credit Suisse.

This brings back memories of the UBS scandal of a few years ago. In 2009, the United States charged the Swiss bank, UBS, with aiding tax evasion. UBS admitted guilt and paid $780 million in fines and other costs to the US. UBS handed over more than 4,800 names of American account holder is the settlement. However, Credit Suisse seems to be holding onto clientele info, they seem more willing to hand over funds without long legal proceedings. This month, Credit Suisse said that legal costs were weighing on its bottom line. It reported net income of 267 million Swiss francs, or around $300 million, in the fourth quarter of 2013. It has set aside 514 million Swiss francs for legal costs, which are mostly related to its American mortgage business. In mid-February, the bank paid a $196 million fine to the Securities and Exchange Commission for failing to register with the agency before advising American clients. The Swiss firm also admitted wrongdoing in the settlement.

While it doesn’t seem like much can be done about offshore accounts, the United States has made progress in combating tax abuses. More than 43,000 taxpayers have voluntarily told the IRS about their hidden offshore accounts and paid the government more than $6 billion in back taxes, interest, and penalties. Congress has also enacted the Foreign Account Tax Compliance Act, requiring banks to disclose American customer accounts every year or pay a 30 percent tax on their U.S. investment income. Nevertheless, there are loopholes in the law that, among other things, allow foreign financial firms to protect U.S. offshore shell companies. These new tax laws are in place to prevent another UBS or Credit Suisse incident from happening in the future. 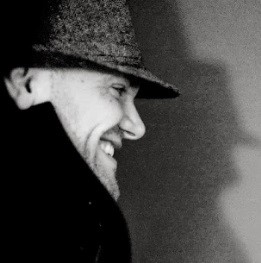 Written by: Blair Thomas
Blair Thomas is the co-founder of eMerchantBroker.com the #1 high risk Credit Card processing company in the US. He has been in the electronic payments industry for over 10+ years. When he is not running his business he spends his time writing and producing music, which has been featured in a variety of films.