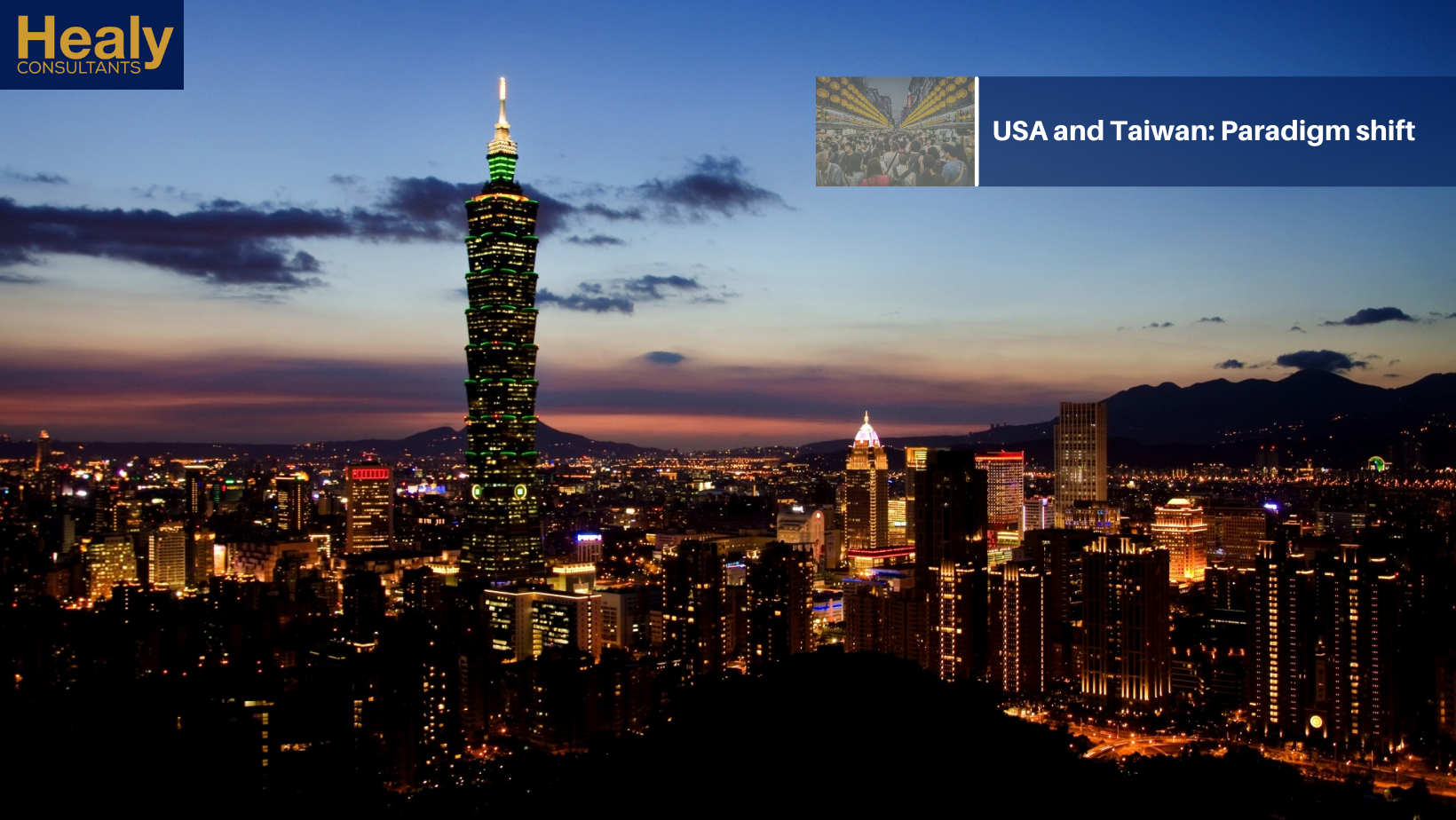 His reign has already begun with fireworks as he was the first President-elect / President since 1979 who has officially spoken to a Taiwan leader since Washington cut formal diplomatic ties with Taipei and recognized the People’s Republic of China in 1979.

This move has angered the Chinese Government and created political turmoil between the world’s top 2 superpowers.

The politically incorrect phone call is a sign of reversing a long history of U.S. administration sacrificing Taiwan’s interest in exchange for strategic and commercial benefits with Beijing.

The Chinese have stated that they “urge the new administration to fully understand the importance of the Taiwan issue and handle this problem carefully and steadily”.

The Chinese since Taiwan’s pro-independence Democratic Progressive party was elected early in 2016 has warned nations of their ties with Taiwan. China has officially cut communication with Taiwan and actively discouraged mainland Chinese from visiting the island.

The recent phone call between Trump and President Tsai has sparked a reaction from China who is deeply suspicious of Ms Tsai, who it thinks wants to push for the formal independence of Taiwan, a self-governing island that Beijing regards as a renegade province, ineligible for state-to-state relations.

America’s stance on this issue is crucial, given that the U.S. have an agreement with Taiwan under the Taiwan Relations Act(TRA) which calls on the U.S. to ensure Taiwan remains safe and is not forced into unification with China.

The motives of the phone call are unclear, but what happens during Mr.Trump’s inauguration is going to be crucial. Will United States allow a delegation from Taiwan to attend U.S. President-elect Donald Trump’s inauguration? Will the American administration choose to side with the small Island or the global superpower?

For now if we take Mr.Trump’s twitter as indication of political diplomacy, we are in for an interesting 2017 for Taiwan, China and the rest of the world. 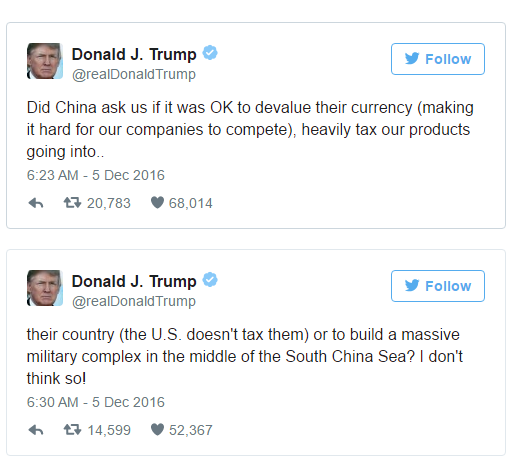