While Silicon Valley and the Bay Area are undoubtedly the centre of the startup universe, many global cities have launched initiatives which are designed to boost entrepreneurial activity in the tech industry. Singapore is one such city, and the city-state’s concentration of talent and capital have made it the most exciting place to launch a software business in South East Asia. 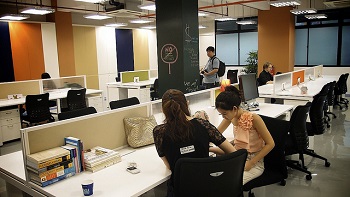 Image source : https://www.flickr.com/photos/preetamrai/6138665032
English is the main language in both US/Silicon Valley and Singapore. Singapore also has a majority Mandarin-speaking population. From a purely linguistic perspective, you might think that the internet’s global reach would give Singapore a larger addressable market to begin with, but practically this isn’t the case.

The extent to which this is or isn’t true will depend on the nature of your product and how it scales, either from the product’s geographic perspective or from a sales perspective. Besides, once you have enough scale (and money, whether from investors or customers), you can pay to overcome any language barrier.

If you’re starting a technology business that relies on geographic factors (a localised network of people like Tinder, city-specific transit information like Citymapper, or a network of location information like Foursquare), your home market will have a large bearing on the shape, traction and eventual success of your product. The size and affluence of the market affect how you pitch the product at first, trying to meet the needs and means of one market in order to achieve product-market fit. Your easiest wins will be in your company’s home country, which gives you 300 millions people in the US versus about 5 millions in Singapore.

Having a large domestic market is even more important if you’re building a product that needs to be sold by people rather than ad-tech. Facebook’s hugely successful app install ad product can get you seen anywhere (for a price), but building an effective international sales team is hard, not to mention expensive. Consequently, if you’re thinking of selling to the enterprise, you’re likely better off in the Valley, but back-door freemium models like those employed by Dropbox, Asana and Slack might work from Singapore too.

Singapore has greater physical access to Southeast Asia, its people and its culture, but there’s no real advantage when it comes to bits and bytes. It only simplifies the operating subsidiaries in the region (if you ever make it to that point), and you’d still need to take Indonesia and Thailand to access the same headcount as the US has; matching US financial power is a different matter entirely. Those aren’t always the factors that determine success, though – the biggest success stories out here at the moment are probably Lazada and HungryGoWhere, which are both very much regional plays. Again, it all depends on your business model.

Except for narrow cases with perfectly scalable products like mobile games or a task manager (bounded only by minor translation issues and perhaps cultural appeal), you’re relying a lot on the network and influence of your first users. Despite our increasingly connected world, the majority of most people’s relationships are going to stay within national boundaries.

These are going to come into play too. In Singapore, there is a preference for larger screens on mobile devices, and the subway system has cell phone signal. People are almost always connected and can view a lot of information at once. Silicon Valley and the wider Bay Area are going to have a lot of active users willing to try your product, but their attention may fade quickly – how are you going to keep users coming back?

The habits of users in your home market will also affect your distribution options, since different products have gained traction in different markets. The main example of this is the use of chat apps as lifestyle and e-commerce platforms: WeChat and LINE are two app installs in the Asian market while the primary Facebook app is everywhere.

How to incorporate your company in Singapore

Silicon Valley enjoys what so many of its startups crave: a killer network effect. Companies start, build, hire, find success, make money and spread it around, attracting talented employees and funding the next wave of companies. This phenomenon has been going on for so long now that it draws in great engineers, designers and everyone else you need for a tech business at an astounding rate. Having Stanford on its doorstep doesn’t hurt either.

With that said, success for a tech startup outside of the Valley today is probably more attainable than it has ever been (thanks to many products built and developed in the Valley, fittingly enough). New York, London and Berlin have all become viable technology hubs on a smaller scale. What do these places all have in common? They’re cosmopolitan world cities that have been attracting talents in all fields for years. Singapore is another city that fits this mould, and the Asian outposts of the big tech firms from elsewhere have seeded a critical mass of talents here too. That’s brought other startups to Singapore and yielded more of its own, so there is certainly liquidity of human capital.

Fresh talent pours out of Singapore’s three, well-ranked universities (Nanyang Technological University, Singapore Management University and the National University of Singapore) each year. In addition, many Singaporeans study abroad and return home, increasing the number of available fresh hires. Remote workers always bear consideration too, if you have the tools and management style to make it work – Automattic, the company behind WordPress (the platform upon which our Healy Consultants Group PLC’ whole site is built), is one of the best examples of this model of distributed workers. 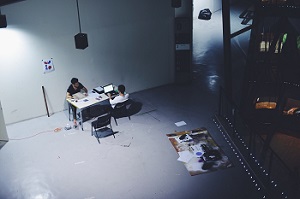 Let’s make no bones about it: there are more investors with more money in Silicon Valley than there are in Singapore. You have the big, long-established VC funds and the upstart mega-funds that seem to have gotten so many things right (I’m looking at you, a16z) with billions of dollars of institutional investors’ money, some smaller and mid-sized ones with some institutional money and some angel investor money, and thousands of well-heeled angels with money to put into promising businesses.

As for Singapore, Innosight’s Scott Anthony had this to say in a recent Harvard Business Review blog:

Today, there’s an investment seemingly every week; venture-capital investment in the tech sector increased from less than $30 million in 2011 to more than $1 billion in 2013. And we counted 10 local exits in 2014. Some of those so-called liquidity events are small by global standards, like the $30 million that customer service chat provider Zopim fetched. But others have been larger, such as the $200 million price Japanese e-commerce company Rakuten put on Viki, a video-streaming provider.
Source: How Singapore Became an Entrepreneurial Hub

The Singaporean government also has generous co-investment plans, with 14 incubators registered to take advantage of the Technology Incubation Scheme. Under this programme, the incubators can invest just 15% of the desired amount and receive the remaining 85% (up to S$500,000) from the government. Six venture funds, including Golden Gate Ventures and New Asia Investments, are eligible for 1:1 matching from the government too.

Government incentives, grants and sources of funding for startups in Singapore

There’s certainly enough money flowing around Singapore to get most good ideas from good teams to product-market fit and generating interest from follow-on investors, but if you need blockbuster funding for something capital-intensive, you’re better off in the Valley. The funding needed for the next Uber just isn’t available in Singapore yet.

The tech press is better at covering its own back yard – you stand a better chance of getting good coverage if you’re in the US, but they’re not oblivious to a good story. In fact, a Singaporean startup got TechCrunched last month (even if the founders were studying at US colleges): Three Singaporeans Pause U.S. Studies For Startup Helping Graduates Enter Workforce

Tech In Asia is probably your best bet in Singapore, but you can still get coverage elsewhere if your story is good. All you need to remember is that your pitch has to be relevant to the publication’s readers.

Notwithstanding that Singapore’s corporate tax rate is half of the headline rate in the US (17% vs 35%) and the personal taxation is much lower, Singapore has no capital gains tax. That really helps your equity-based compensation to go further if you’re lucky enough to make it to a liquidity event.

Advantages and disadvantages of starting a business in Singapore

Thanks to the way in which Singaporean corporate tax works, you also don’t need to stash income from subsidiaries overseas in the way for which Silicon Valley’s giants are notorious; as long as the subsidiary is tax resident in a country with a headline rate of tax of at least 15%, the profits can be received in Singapore with no further tax charged. The subsidiary doesn’t even have to have paid tax at the headline rate (but does, of course, need to be tax compliant). Singapore also doesn’t charge withholding tax on dividends, so your foreign investors won’t lose any of the 35% chunk of dividends that they would if you set up in the Valley.

Silicon Valley remains the gold standard when it comes to starting technology businesses, but Singapore’s credibility as a startup hub continues to rise. Indeed, Singapore is easily the best place to launch a startup in south-east Asia and can now hold its own against other technological centres.

If you’d like to learn more about starting a business in Singapore and how our team can help your business to succeed, either contact us today or visit our website for more information.

Note: This post was adapted from an answer I wrote on Quora to the question “What are the advantages and disadvantages that Singapore has over Silicon Valley in the tech space?”