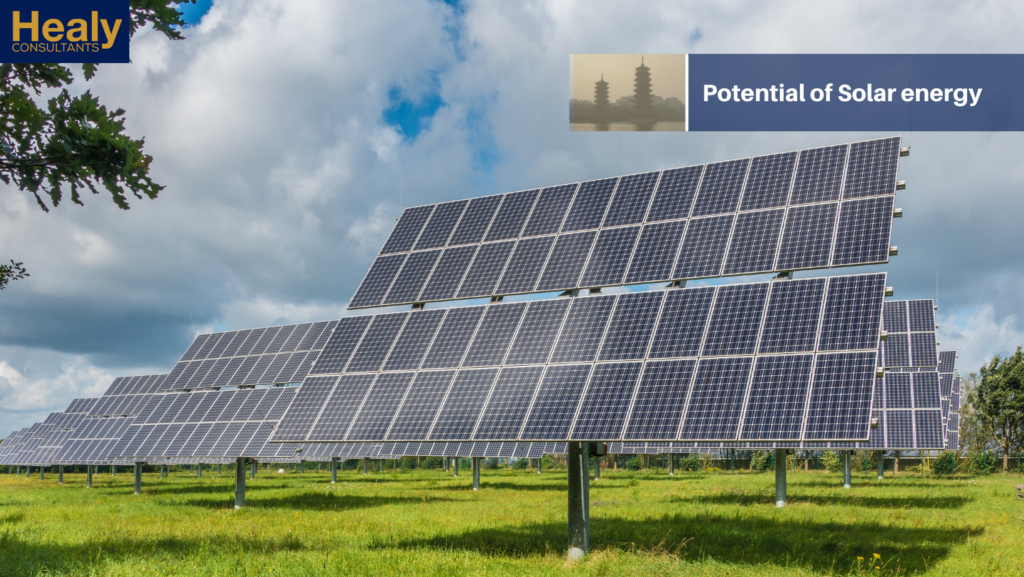 I’ve just attended a webinar entitled ‘Financing for Solar Projects.’ The event, organised by the Singapore Business Federation, included a background on renewable energy, details about solar investment programmes, how solar energy projects are implemented and some of the technical aspects of solar energy.

The webinar was held within the context of a massive, planned surge in installed clean energy capacity in the Asia Pacific region, from 517GW in 2020 to 815GW by 2025. Such a capacity surge will require billions of dollars’ worth of investments.

Singapore’s ambitions around solar energy are well documented, and it wants to position itself as a regional hub for green finance. It was recently announced that US$1.8 billion worth of its foreign reserves would be channeled to five asset managers to make climate-related investments. One would imagine that solar projects will see a sizeable chunk of that sum as Singapore continues its journey towards becoming a low-carbon economy.

Earlier this year, state-owned Temasek made a joint investment of US$600 million with asset manager, BlackRock, to work with companies that reduce carbon emissions. Meanwhile, a national so-called Green Plan 2030 is also in the works, which envisages 2GW of solar photovoltaics being deployed in the island nation by 2030. Additionally, the oil and gas company, Shell, is exploring the possibility to install utility-scale solar in Singapore – all part of a strategy to reach net-zero emissions by 2050.

The solar energy opportunity in neighbouring Indonesia is potentially even more game changing. According to The Conversation, the vast archipelago currently has the capability to generate around 640,000 terrawatt-hours every year from solar energy. This is a solid foundation to build on if the country is to meet its stated aim to generate 100% green electricity by 2050.

These ambitious goals – and Singapore and Indonesia are just two of many Asia Pacific countries planning to scale up the contribution of renewables in their energy mix in the coming years – will require not only massive investments but also extensive support schemes and incentives to encourage investments. The webinar got me thinking about how Singapore and Indonesia are currently going about this. Some banks offer commercial loans aimed specifically at solar energy initiatives.

Indonesia’s government, on the other hand, aims to provide a simple pricing for green electricity from renewable sources to encourage investments in the market. These new rules incorporate simpler pricing, including no negotiation of price between the power producers and the sole off-taker state power company, PT Perusahaan Listrik Negara (PLN). Additionally, the government will even cover the gap costs between the regulation and PLN’s basic cost of electricity supply.

Many other incentives and support schemes are available for solar and other renewable projects across Asia.

While preparing this blog, we were reminded of Healy Consultants Group PLC’s long-standing experience with assisting multinational Clients gain market entry in Asia for their solar energy projects. More than a decade ago, for example, we worked with a German entrepreneur to establish a €100 million solar energy equipment facility in Singapore. This included us introducing him to the investment team at Singapore Economic Development Board (EDB), with a view to him securing grants and loans to build the facility. Our staff even conducted negotiations with the EDB on the Client’s behalf when he was unable to attend Singapore in person (these were pre-Zoom days, after all!).

Since then, Asia’s appetite for solar energy has continued to grow strongly. The opportunities are clear, and funding mechanisms are in place. Healy Consultants is excited to be part of the evolution, and helping multinational Clients realise their solar project ambitions.

2 thoughts on “The potential of solar energy in Southeast Asia”