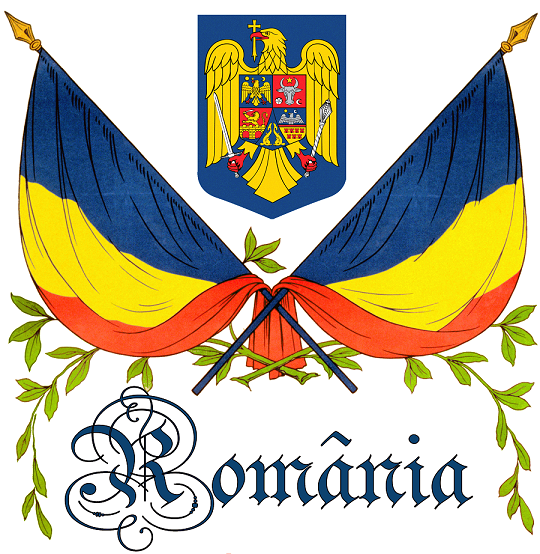 Flags and coat of arms of Romania.

Romania has much to offer to business incorporating in the country, especially due to its location and EU membership. However, conducting business activities in the country is still somewhat challenging, as the country still faces problems associated with-developing countries. Companies that wish to invest in the country must weigh such benefits and obstacles before proceeding.
To help you decide if Romania is the ideal place for your business ideas, we have gathered the main advantages and disadvantages of choosing the country.

Romania has had one of the highest economic growths in Europe. From 2000 until the economic crisis in 2008, the country witnessed a growth of around 6%. Since the crisis, the country is recovering and growing at a rate of 3% – 4% annually. Most of the growth has been led by the increase in private consumption, which is expected to continue in the following years.

Romania is strategically positioned between the Eastern and Western Europe. Having joined the EU in 2007, Romania has the advantage of being a part of the agreement that allows the free trade of goods and services in the region. This means that any company incorporated in Romania can have free access to Germany, France, Spain other countries. One the other side, Romania is on the edge of the EU bloc, bordering non-members such as Ukraine, Serbia, Moldova, etc. Moreover, Romania is just a few hours away from Moscow. Therefore, companies that wish to explore markets beyond the European Union will be able to take advantage of such position.

Romania is the 7th most populated country in Europe, with a total of almost 20 million people. Majority of the population is educated and almost all young Romanians are proficient in at least two languages, one of them being English is the most common. The biggest advantage is that such high-quality labor force is considerably cheap. According to the European Union, Romania has the second lowest average wage in Europe, an annual average of €2,668 in 2014, compared to €16,507 for the EU.

Ease of doing business in Romania.

Romania ranks 36 among 190 countries in Doing Business ranking by the World Bank, a position that has been achieved due to changes made by the Romanian government to facilitate and attract investments in the country. For example, the government has in the past years simplified the process of establishing a business, reducing the necessary company incorporation time from 29 days in 2004 to 12 days in 2016.

You can run a business at low cost

In Romania, the day-to-day business does not come at a high price. Electricity for example costs €0.10 per Kwh, compared to an average of €0.15 for the EU-28, and gas prices are an average of €9.99 per GJ vs. €11.47 in the EU-28. Any company incorporating in the country will be able to operate their business at a lower cost than they would otherwise in the rest of the European Union.

The quality of life in Romania is very good, especially in Bucharest, Romania’s capital. The city was ranked 109th from 230 cities across the globe by Mercer’s Quality of Living ranking. Although Romania is mostly associated with the tales of Dracula, Bucharest was once considered the “Paris of the East” or “Little Paris” due to the style of the building in the city center. Apart from the capital, Romania counts with several medieval cities, with scenic views and great communities.

Corruption is a widespread practice

The country still hasn’t been able to reduce poverty

It is up to each company to decide what is most important, if the advantages that the country offers are too good to be missed, or if the challenges outweigh are a too high price to pay. If you have decided to follow through with incorporating in Romania, the local government has launched the website Invest in Romania, where you can find all the above information and more in English.

Furthermore, with over 10 years of experience in business set up worldwide, we at Healy Consultants would be happy to help you with your engagement in Romania. Call us at +65 6735 0120 or email us at email@healyconsultants.com for more information.