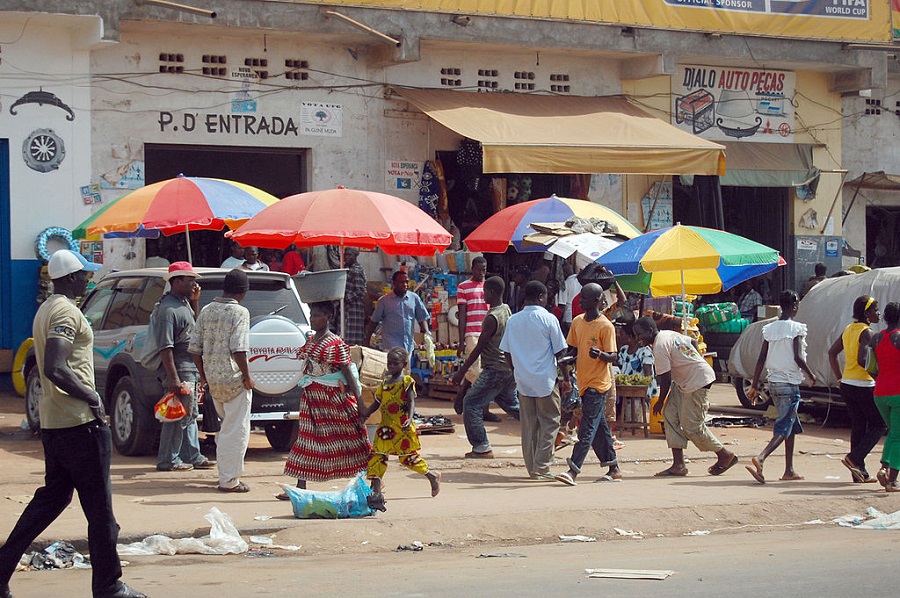 People in Guinea Bissau visit shops along a busy street.

Guinea- Bissau is located in West Africa, the country was a part of the Portuguese Empire and was renowned as the ‘Slave Coast’. Guinea- Bissau is one of the world’s poorest and most fragile countries. Since its independence from Portugal in 1974, the nation has suffered from frequent political upheaval crippling the economy making it difficult for the nation to develop.

The nations heavily reliant on its crops specifically the cashew nut crop which is the main source of income for the population. The growing demand for the nut overseas has been a main factor in their economic progress. However, in recent years, the nation had accumulated a vast amount of foreign debt and the economy is overly reliant on foreign aid. The once promising nation is now also seen as transshipment point for Latin American drugs.

The country has been rife with internal conflict and has plunged into a stage of turmoil as a result of mutinies against the army and government. The government and country once seen as having great potential in Africa is dwelling in a pit full of corruption and cocaine trafficking.

This is set to change with a new government coming in and the return of foreign aid to the country, this boost is expected to transcend the economy which is expecting a growth rate of 5-6% between 2016 and 2018. In combination with this, foreign aid influx will help the nation build on its infrastructure and develop its agricultural production as to eliminate their reliance on the export of cashew nuts and develop their agriculture sector so that it will be able bolster their resilience of economic shocks that have been hampering the nation’s progress.